You must understand the nature of a problem before you can solve it. It is well-publicized that over 100 million people suffer from varying degrees of chronic pain in the US alone. As I talk to colleagues around the world, it is clear that it an international problem. So whatever treatment approach we have been using, it has not worked.

There are several areas in which to gain awareness include:

The business of medicine

Medicine has become a big business and discovered that physicians are hard workers. We have also been trained to not complain much in spite of extreme working conditions. For example, the law now states that residents cannot work more than 80 hours a week. Really?? Many miracles that are possible through medical advances and modern technology, but the combination of new procedures and hard workers has created a goldmine for big business to create an enormous cash flow. There are a few problems. With notable exceptions, it is not working. We are focused on disease instead of wellness and most physical symptoms are a result of physiological responses to sustained stress – not structural problems. 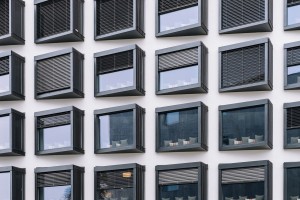 Why can’t you be heard?

The treatment of choice for solving chronic pain is awareness. What the medical industrial complex has taken from all of us is the capacity to talk to our patients and for you to be heard. Not only are we not paid, we are penalized for spending time with our patients. We are placed on production quotas in terms of time spent with patients. Our contribution to the profit margin is calculated by the number of procedures that we order or perform, many of which have been documented to be ineffective in multiple research papers. It is my impression that most doctors would love to be able to talk to their patients but the capacity to do so has been taken away by these large external forces. It has to change – and soon.

Why is it so important that your physician knows you and your environment? Under stress your body secretes adrenaline and cortisol and also develops a tissue resistance to the cortisol. Since all your organs respond differently to this altered chemistry, there are over 30 symptoms that can occur. You can treat each symptom or you can address the root cause and solve all of them. But you have to be heard. Let me give you a few examples.

Jolene was a young clerk who had landed her first job in the financial world. She had been experiencing back pain for years and I saw her for sciatica from a ruptured disc. By working through her sleep issues, calming her down, and controlling her pain with medications she was able to not only avoid surgery but began to thrive. Her mood improved and her energy increased. One day, about six months after I met her she looked terrible and her leg pain had returned. Years ago I would have re-scanned her and even considered surgery. However, I knew her pretty well and she just did not look well.

“What is going on,” I asked. “Nothing”. “Really?” Within 90 seconds it came out that she was being bullied at work by her co-workers making snide remarks about her appearance and age. They were actively excluding her. She needed the job and liked the actual work. She was immediately in tears. The correct diagnosis was “harassment”, not a ruptured disc. Her pain eventually resolved as she worked through the situation.

A friend of mine works as a physical therapy aide. She was told by management that she had only so much time per patient and that her productivity had to be at least 90%. One afternoon, she took and extra 15 minutes to massage an 85-year-old woman’s neck, which dramatically reduced her pain. However, her production dropped to 86%.

Another pain physician friend of mine began to realize that the cortisone injections he was giving were not working that well. He began to talk to his patients and was quickly fired by his partners because of his decreased productivity.

The Care of the Patient by Francis Peabody

Dr. Francis Peabody was a physician who is famous for a series of lectures to Harvard medical students in 1927 called, “The Care of the Patient”.  (1) It is one of the most remarkable descriptions of the body’s response to stress that has ever been written. He was concerned even back then, that with the advances in technology, young doctors would be too focused on “finding a source” for symptoms rather than getting to know the patient. He uses the example of “Mrs. Brown” who has seen numerous physicians for her abdominal pain and trouble keeping food down. No bothered to ask about her home environment. Until that can be addressed she will be going back to the same stressors that are creating her physical symptoms. Modern neuroscience research is now documenting the changes that occur in the brain while under sustained stress. 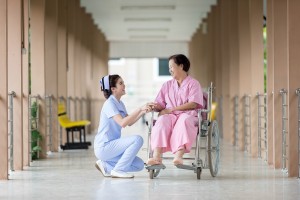 I think it is worth your time to look up his whole article. Here are a couple of paragraphs.

“When a patient goes to a physician he usually has confidence that the physician is the best, or at least the best available person to help him in what is, for the time being, his most important trouble. He relies on him as on a sympathetic adviser and a wise professional counselor. When a patient goes to a hospital he has confidence in the reputation of the institution, but it is hardly necessary to add that he also hopes to come into contact with some individual who personifies the institution and will also take a human interest in him….”

“Take time to have little talks with him—and these talks need not always be about his symptoms. Remember that you want to know him as a man, and this means you must know about his family and friends, his work and his play……”

“You will find that physicians, by wrong diagnoses and ill considered statements, are responsible for many a wrecked life, and you will discover that it is much easier to make a wrong diagnosis than it is to unmake it….”

“Disease in man is never exactly the same as disease in an experimental animal, for in man the disease at once affects and is affected by what we call the emotional life. Thus, the physician who attempts to take care of a patient while he neglects this factor is as unscientific as the investigator who neglects to control all the conditions that may affect his experiment. The good physician knows his patients through and through, and his knowledge is bought dearly. Time, sympathy and understanding must be lavishly dispensed, but the reward is to be found in that personal bond which forms the greatest satisfaction of the practice of medicine. One of the essential qualities of the clinician is interest in humanity, for the secret of the care of the patient is in caring for the patient.”

We are all victims

What is ironic is that the business leaders also need access to good health care and the same paradigm that they have created is also going to have the potential for harming them. The solution and treatment of choice for chronic pain is being able to listen and enjoy our patients and it is the one thing that has been taken from all of us.

I am committing the rest of my career to taking back medicine and giving it to physicians and you. We do not need to be “incentivized” to talk to our patients. It is the reason we entered the calling. We just want the capacity to do so and it will require your help. Ultimately you are the consumer and need to be heard – especially by your doctor.