This was the highlighted title of an article in the Sports Sunday section of the NY Times a few weeks ago. Of course, it tweaked my interest and I was introduced to an event that I did not dream possible. The article talked about about the Quintuple Anvil Triathlon held in Spotsylvania, VA. The participants do five Iron Man triathlons in five days covering over 703 miles. 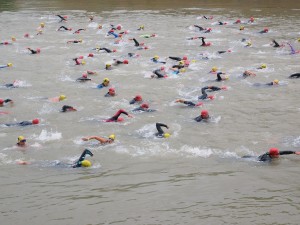 The Iron Man triathlon originated on the Big Island of Hawaii in 1978. The event consists of a 2.4 mile open-water swim, 112-mile bicycle ride, and finally a 26.2-mile marathon. It takes over 8 hours for a top racer to complete it and the course is closed at 17 hours. When I was a resident I worked at a small urgent care clinic on the Big Island and ended up taking care of a few racers. One had not been feeling well before the race, passed out on his bike and ended up in a thicket of thorns. Another woman was severely dehydrated. One competitor was transferred to my hospital on Oahu. He had been struck by a truck and suffered a fractured femur and radius. His bones were so strong from years of training that we burned up one or two drill bits trying insert each screw. His first question was, “How soon can I get back to racing?”

I personally cannot comprehend this level of pain endurance. Why would someone want to do this for five days in a row traveling over 703 miles? One of the competitors is quoted as saying, “I know this is not good for my body. But it is good for my soul.”

I was a bookworm in elementary school and read many historical novels about the native American Indians. I was struck by the fact that most, if not all of them, had initiation ceremonies at puberty for entering adulthood. They often involved intense physical and mental suffering and the young participant could not display any hint of suffering. So I looked up initiation rites and not only is this a universal phenomenon but many cultures still practice them. Rites include enduring multiple stings by 30 bullet ants on four different occasion, diving off a 30-foot tower towards the ground being restrained only by a vine that may or may not hold them, and multiple forms of cutting or whipping. Something in the human consciousness understands that survival depends on the capacity to endure pain.

Nassim Taleb wrote a brilliant  book, Antifragile, in which he describes three different states of  existence: fragile, resilient, and anti-fragile. I had long taken pride in being so resilient. He succinctly points out that resilient has a break point and failure is inevitable. For example, a steel beam will take longer to fracture than a paper clip but it will still eventually break. I was incredibly resilient until I wasn’t. Fragility occurs when a system or person is too protected. One example is that of too much regulation in the financial sector that does not allow for appropriate corrections. Another is suppressing smaller forest fires and eventually an inferno consumes everything.

The state of antifragile exists only in living organisms. The term refers to those things that become stronger under stress. Examples include bones and muscles becoming stronger with resistance training in the gym. Vaccines create an immune response that allows your body to fight off the actual infection. Monarchs over the centuries have taken small amounts of arsenic and other poisons to avoid death from an assassination attempt.

My parents did not want me to suffer the way that they suffered and my generation took it one step further in trying to create a life of comforts that I could not conceive of as a teenager. “I want my child to have a better life than I did.” Pain in life is inevitable but suffering is optional is a statement that has been echoed for centuries. Shielding ourselves from pain actually increases suffering. If you expect to live a pain-free life, you will become upset when you experience it. That frustration will translate into more adrenaline and other stress chemicals, which increases nerve conduction – so you physically feel more pain.

Dr. Paul Brand in his book, Pain: The Gift that Nobody Wants, learned through his work with leprosy and diabetes that pain is necessary to function in a safe manner.In fact, people born without a functioning protective pain system do not survive past their teens. He was in charge of a large Federal grant to create an artificial pain system to be worn by patients that lacked sensation. It do not work and people just took it off and unwittingly damaged their limbs.

I do not know all the implications of these initiation ceremonies but they certainly made it clear to these young adults that life is harsh and you had better know how to deal with it. I am not an advocating implementing any form of these practices but implying that pain is not part of life is not helpful. How long will a domestic animal survive if left alone in the wild? It is well-known that adolescents are having increasing problems with eating issues, anxiety, depression, chronic pain, substance abuse, and bipolar disorders. Are we doing ourselves any favors by protecting our children from pain? Additionally, any successful endeavor requires surmounting numerous obstacles. How are you going to accomplish your dreams unless you know how to deal with adversity? Protecting ourselves from pain may be one of the bigger factors in creating chronic pain. 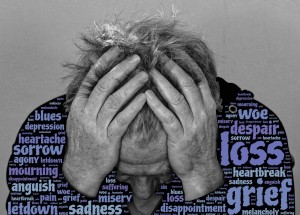 A final quote from on of the Anvil Ironman finishers. “When you are humbled by a race, you realize what the purpose is here. In managing to dig so deep, you discover who you are.”