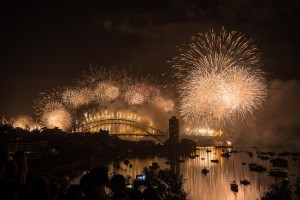 Each new year, many of us spend time figuring out how we’ll make it better and also to really complete some projects that we have been putting off, maybe for decades. Few of us are able to accomplish a fraction of what we envision. Why? It’s because our unconscious behavioral patterns are so powerful and are going to win over our rational mind.

This process has been documented in the now famous and replicated “ACE” study performed on about 17,000 Kaiser patients in the mid-1990’s. (1) ACE stands for, “adverse childhood experiences.” Eight then ten questions were answered by the cohort and then the population’s health was looked at compared to the severity of the ACE score. The following questions were asked:

This study was done on a sample of middle-class Kaiser patients and chronic pain was not taken into account. What is shocking is that only a third of the group had and ACE score of 0 and over a third had a score of 3 or more. It would be anticipated that these numbers would be worse in a lower income group, as there would be more stress and also in a group suffering from chronic pain. The higher the ACE score, the greater the negative impact on a person’s health. Aced out

My ACE score is 4. At one point a friend of mine gave me a book, Damaged, which related the story of a young man who was so abused that he was never able to pull out of his tailspin. It was his way of saying to me, “You’re going to have to live with all of this internal chaos. You’re not going to be able to surmount your childhood abuse.” I know it was a well-intentioned move, but I was devastated, to say the least. I am sure the feeling it wasn’t too far off from what many of you have experienced when your physician tells you that everything has been done and you’re going to live with the pain. Many of you have also discovered through your self-healing journey that this simply isn’t true.

The health consequences are clear and severe as the ACE score climbs. They include:

What really caught my attention about this study is that it arose out of an intense weight loss program that was quite successful in helping the participants lose a large amount of weight. Yet the most successful ones were the most likely to drop out. It turns out that obesity does serve a function and the higher the ACE score, the more likely they were to return to their prior eating patterns.

Mental or physical health – which is more critical?

“The Road to Hell is Paved with Good Intentions”. This phrase is defined as, “Merely intending to do good, without actually doing it, is of no value.” (2)

I have years of my own resolutions that I have made and not followed through on. That has changed and I now follow through more often. However, it isn’t because of more will power or determination. It’s because I “gave up” and settled into what is real for me. My reality is that my core patterns revolve around being a victim. I was a victim and it was reinforced every day, until I became aware of being a victim was. I couldn’t solve what I wasn’t aware of. Although I made a lot of progress in 2002 after I began to use the expressive writing exercise, it wasn’t until I even learned the word, “victim”, did I begin to truly heal. I certainly had no clue that the word applied to me. In my mind, I had been “enlightened” for years, as I had done a lot of personal work.

By settling into what was and is for me, I’ve been able to move forward. I did the Hoffman process in 2009, which gave me even more clarity. It was there I learned that the victim role is permanent and will continue to manifest itself in more and more subtle ways, especially when I work even harder to disguise it and remain “enlightened”.

I had another insight as to why I was able to re-create my life. I recently read a book, How Emotions are Made, by Lisa Feldman Barrett. She runs a neuroscience research lab and presents data explaining the formation of human consciousness. Every millisecond we are interpreting sensory input to make sense out of environment, including thought and concepts. They become imbedded in our brains and are our version of reality. The are as real to us as the chair you are sitting in. You are programmed by your past. I was initially discouraged about this idea until she pointed out that from this second forward you have a choice about how you want to program your nervous system. Repetition is key and I found it encouraging that I have that much choice about my life and what reality I want to create.

A while ago another level of awareness arose in me. It was that essentially my whole being was created around truly being victim. I had been trying to fix and solve it for decades. However, if victim part of me “disappeared”, I would cease to exist as me. When I finally learned that the answer was to assimilate it, I’ve been able to create a reality that is rich, functional, productive, rewarding and a lot of fun. Solving the unsolvable

I would suggest that one resolution that’s more possible to keep is simply committing to becoming more aware. It isn’t possible to solve anything unless you understand the nature of the issues. I spent over three decades doing battle with adversaries that I didn’t know or see. I just kept fighting and fighting. Settling in and “being” takes much less effort. Paradoxically, you will have more energy to actually accomplish your dreams. 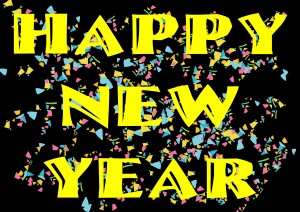