People trigger each other and the closer the relationship, the stronger the reactions. When you become anxious or frustrated, you’re in a survival mode that’s impossible to control. It’s ironic that our most important relationships are also often a source of frustration. You can undergo many medical treatments for your pain but if you’re upset, your body’s chemistry changes and your pain will consistently increase. While it’s important to allow yourself to experience unpleasant feelings, the key is not to act out while you’re agitated.

This is a story from a woman who attended our Omega weekend workshop in 2017. The intent of the seminar was to create a structured environment where people could feel safe, share, and play. It was remarkable how many people experienced a significant decrease in their pain in just three days. However, I always warn the participants that they’ll be returning to their own world with its inherent triggers and the pain will return.

This morning I was looking again at your post about blame and resentment, and thought this tale of our Christmas tree adventure might apply. 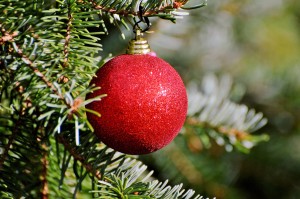 We are still both still a bit rattled today after our experiences of the past few days with the pretty, deceptively innocent-looking Christmas tree. It all started when I foolishly decided that I wanted to get a real tree this year. We hadn’t had one for many years because for about the past 15 we’ve put up a vintage silver one we acquired from my mother-in-law that looks like it came from the set of Mad Men. (I have vintage ornaments too.) But it loses “needles” every year and is looking pretty scrawny. Historically, my husband Rick would cut a ratty little one out in the woods each Christmas.

We didn’t know that they’ve bred them to be dense and heavy, with thick trunks. After selecting the smallest one on offer at the local Lions Club, a 6-footer, we had to get a new stand for it. Then a friend mentioned they’d had problems with mold allergies from Christmas trees because now they’re stored in damp conditions after cutting. As far as we know we don’t have mold allergies, but thought it was better to be safe than sorry. An internet search led us to a remedy which involved hosing the tree with water, then wiping it down with a mold-killer solution (I tried this but was getting soaked so Rick had to take over), followed by a final spray with the stuff. All an enormous hassle. Finally, he dragged it in and I decorated it. He was watering it later when it suddenly toppled over, probably from exhaustion, breaking numerous ornaments. At that point we both said, “OK that’s it”. So, he propped it up on the deck, where it’s going to remain, and we’ll just enjoy it through the window. I’ve learned my lesson about Christmas trees!

As we were removing the rest of the bulbs, I said to Rick, “Notice how I’m not blaming you.” And he said, “OK thanks, then I won’t blame you for wanting to get the thing in the first place “. So, for the sake of our relationship we decided to just blame the friend who told us about the mold!

Without interference from us, the tree has elected to remain upright for several days now. It looks quite nice out in the snow in a more natural habitat close to the woods with a few red ribbons on it. You can almost hear its sighs of relief! Which got me thinking that it’s no wonder Christmas trees are a hassle. After all, ecological considerations aside, it’s pretty unnatural to bring a tree indoors.

When I was a kid my father would always seem to buy a tree that was too tall, and then he’d lop about a foot off the top. My mother would get angry because that ruined the shape, and she wanted him to cut them from the bottom. Then they’d have a huge argument. At least we were able to avoid that! So, thank you very much David. I think your program, book and posts are getting through to us.

In fact, I had a childhood similar to yours, with an abusive mother and a father who wasn’t home much, due to work and, in his case, an active social life that didn’t include my mother. They had an unhappy marriage, and she was miserable. She was also volatile and violent, perfectionistic and critical, helpless and insecure, and didn’t want kids in the first place. She took it all out on my sister and me. As a child, I just thought she was crazy, but now I think she had a severe case of borderline personality disorder. 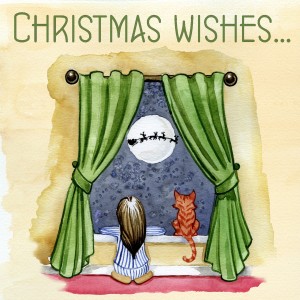 She was at her worst on holidays, probably because those were the times when other people were happiest. Christmas was the worst of all. The decorations had to be perfect, especially the tree, and she would get upset with my sister and me for the way we put the bulbs on. She would also hit the roof if we threw the icicles on in a bunch (the fun way to do it), rather than one by one.

So unfortunately, it’s pretty easy for me to get triggered when situations get difficult or out of control. I’ve been learning to try to step back and either laugh at the absurdities, as in our Christmas tree situation, or to try to be aware when a situation is triggering outsized anger or annoyance. At one time, I would have automatically blamed my husband for the tree falling and ornaments breaking, and we would have wound up resenting each other. But I’ve been working on these issues for years now, and your program has given me many more tools and insights into gaining perspective when things go wrong, as they so often seem to do!

I hope you have a much better experience with your Christmas tree than we did. Thank you again and best wishes.

This story might not seem dramatic enough to be a story of hope. In fact, she asked me why I wanted to share it. Learning to become aware of triggers is a major step in re-learning how to better enjoy your life. Maybe many of them are trivial but there lots of them. Once you understand your particular way of effectively working past them, your life will change. Even though the situations seem minor, your body’s reaction is strong and it is easy to have your day ruined over nothing. Since “neurons that fire together, wire together”, your pain will predictably increase. And what about the person who inadvertently set you off? Did he or she deserve to be a target?

The holidays are rich with triggering people and situations (and chances to practice your tools). I hope this story will help you have a Happier Holiday!!