Chronic pain is a complex situation with multiple factors affecting your perception of it. Regardless of the source of the pain, your brain is being rapidly bombarded with unpleasant sensations that become magnified and memorized with time. Being trapped by mental or physical pain creates sustained elevated levels of your stress hormones, which creates the sensation of anxiety and then anger. Anxiety is a symptom, not a diagnosis. It describes the neurochemical survival response and is not primarily psychological. To make matters worse, the sustained levels of these hormones, such as adrenaline, cortisol and histamines cause your other organ systems to become symptomatic. That is why there are so many different physical manifestations of chronic pain. Anxiety, anger and adrenaline

You Have no Chance of Fixing Yourself 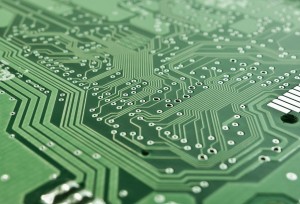 Picture a complex circuit board that has trillions of etched-in circuits that represent your lifetime of programming. You cannot change them for several reasons. First, they are memorized, similar to riding a bicycle. Second, any time you spend trying to analyze and figure them out is counterproductive because you are paying attention to them, which reinforces them. Finally, as the powerful unconscious brain is estimated to process 11 million bits of information per second compared to your conscious brain processing 40, talk therapy alone cannot hope to make a dent in these pathways. Yet almost all of us spend a disproportionate amount of time trying to understand and “fix” ourselves. The past is over you cannot change it and you cannot change the links to the past. It is like trying to move Mount Everest with a shovel. It is not going to happen and much of your life’s energy is consumed.

So, what do you do? Understanding that you cannot fix them is the first step of the solution. You can quit beating your head against a wall and move on. Moving on means using strategies that create new circuits and also shift off of the old ones. Most of them involve methods that connect with the unconscious part of your brain by utilizing your senses and also calming down your nervous system. One analogy I often use is diverting a river into a different channel. You have to begin with small steps to create these new channels, but eventually the flow of the water will also aid in the process.

I have been fascinated how often people can separate from their pain circuits relatively quickly, and almost everyone can succeed with persistence. Additionally, by letting go of trying to solve a situation that is not changeable results in a huge energy surge allowing you to move forward. Essentially, the only obstacle to your healing is your conscious or unconscious unwillingness let go because anger and pain are powerful weapons.

Crippled by Pain at an Early Age

I had the privilege of talking to two young adults suffering from extreme chronic pain. Both of them were in their mid-20’s and had been struggling for over five years with crippling anxiety and multiple physical symptoms. They had been to multiple physicians without success and were becoming despondent, as essentially every possible treatment had been tried. They were both incredibly open to new ideas and were fast learners. I was able to spend a few hours with each of them and explain the Neurophysiologic Disorder (NPD) treatment principles. As soon as they understood that they had been spending most of their time trying to solve unsolvable neurological problems their eyes lit up. It was time to move on. They also engaged in the expressive writing and committed getting more sleep. Within a few weeks they made major leaps forward and are continuing to thrive years later.

The DOC process is simple and I also think one of the reasons that people resist engaging in it. How can so much suffering for this long be solved with such basic tools? It seems like that your extreme suffering is being invalidated. Everyone needs validation and multiple complex procedures will validate your pain and disability. Is that what you really want for you and your family? 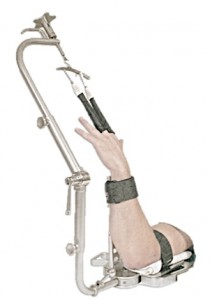 A Chinese finger trap is a device that orthopedic surgeons use to reduce fractures of your upper extremities. The patient is usually lying down and several fingers are placed into a device that encloses each finger in a nylon net. It is intended to suspend the arm and create a distraction force across a fracture to reduce it. A cast can be placed to hold the broken bones in alignment. As more weight is placed on the arm the nylon nets around the fingers tighten and become much stronger. If placed properly you cannot break out of this apparatus.

There is a similarity to treating chronic pain. The harder you try to fix yourself or escape the pain the more you will become enmeshed in it. You can only engage in practices that create a healing environment for your nervous system and become an observer of your own healing. You first must become aware that you are trapped, let go, and then you can move forward. Moving forward with your pain

I have held several three and five-day workshops at the Omega institute in Rhinebeck, NY that are based on awareness, hope,  forgiveness, and play. Within the few days, most of the participants go to pain-free and over half have remained that way by using their tools. I have done the workshops with Dr. Fred Luskin, psychologist, Stanford professor and author of Forgive for Good, my wife Babs, who is a professional tap dancer and rhythm expert, Dr. Bernie Seigel, author of Love, Medicine and Miracles, and Jasmine, my stepdaughter who is am expressive arts therapist. Most of the seminar is focused on learning somatic tools, which are exercises that connect your thoughts with physical sensations. The goal was to re-introduce the group to what it feels like to share enjoyable experiences with others and feel safe.

As the participants were able to relax in a safe environment their pain diminished. We have been amazed at how quickly and completely chronic pain can disappear. It was never our expectation when we conceptualized these workshops. We now understand how much effect your body’s chemistry has on your sense of well-being and life is better when you are full of hormones that create feeling of being relaxed. Oxytocin (love drug), serotonin (anti-depressant), GABA chemicals (anti-anxiety) and dopamine (rewards)  have a profound healing effect on your body’s organ systems and physical symptoms will rapidly resolve.

The first step is becoming aware of your situation in order to allow change to occur. Frequently I see patients who are almost shaking with rage and he or she truly feels that they are not angry. How can you be trapped by pain and not be upset? You must “give up” (control) in order to move forward. That cannot be accomplished while you are (legitimately) angry. Then you can live your life on your terms and instead of continually reacting. The good news is that play circuits, although deeply buried,  are also permanent and there are ways of shifting back onto them, which is  powerful.

Those of us who have learned and implemented this approach in our practices have witnessed that most patients will recover if they learn and use the tools to calm down their nervous system. It can happen within days or can take months and years. The key is persistence. If you choose not to engage you have to ask yourself, “why?” If you are not open to even asking, “why?”, then there is not much that can done. Patients often are addicted to the power of pain and when confronted, really don’t want to change. We are continually searching for alternative ways to help people break through this barrier and find their way out of pain.