Tinnitus is an annoying (miserable) symptom that I had experienced since 1985. In another website post, The Ringing in My Ears, I tell my story about how it has all but disappeared. I was being interviewed on a radio program and somehow the topic of tinnitus came up. The host shared his personal experience with it.

He underwent ear surgery when he was 19 years-old. The surgeon had slipped and perforated his eardrum. He initially had a lot of pain that resolved over several months but he ended up with significant ringing in his ear. He spent years being frustrated at the endless ringing and also at the surgeon who had caused him so much suffering. His quality of life wasn’t close to where he wanted it, particularly at such a young age.

As the interview progressed, it was clear that he knew much more about the DOC principles than most. Yet he had not been exposed to the concepts. I began to ask him a couple of questions, since he indicated that the tinnitus was no longer a problem.

He realized that the energy he was expending being angry was a waste  of time. There was nothing he could do about it. He made a decision to accept his ringing and in an odd way “made friends” with it. Although it was not his intention to get rid of it, over the next few years the ringing stopped. He only occasionally experiences it. 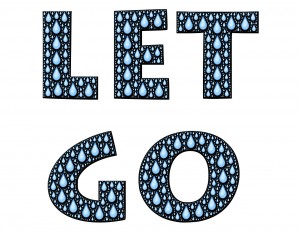 You can’t “fix” yourself

One of the intents of the DOC project is to create a nervous system shift from fired up circuits to more pleasurable areas. The more you fight and try to “fix” your symptoms the stronger they will become since your nervous system will develop wherever you place your attention. You will also become worn out similar to an insect being trapped in a spider web. As he quit reacting to the signal from his ears his nervous system shifted. Eventually his brain become less sensitized and he experienced relief.

He went a step further and somehow embraced his tinnitus. Viktor Frankl tells a similar, more intense story. His book is titled Man’s Search for Meaning. He was a Jewish psychiatrist who survived the concentration camps but lost several immediate family members. Somehow in the midst of indescribable suffering he felt it was important not only to find one’s purpose in life, but also to find meaning in suffering. He was able to accomplish this while in the camps. Many, if not most, survivors did not do that well after the camps. They understandably had severe PTSD. I have had many patients tell of their parents’ lives after the ordeal and it is often dismal. Viktor Frankl not only survived, he thrived and went on to a prestigious academic career. 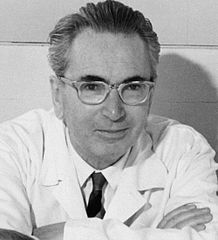 Remember that in the big picture of life stress is not the problem. It’s how you choose to react to it. It’s only by letting go, and possibly embracing your adversities, will you be able to move past your pain into a full and rich life. What is your choice?