One reason that chronic pain, mental or physical is consistently solvable is the brain’s property of neuroplasticity. Your brain physically constantly changes based on the nature of the sensory input. Every second, neurons, glial cells, and intracellular connections are formed and destroyed. These changes occur based on blood flow, metabolism (energy consumption), and the immune system. The overarching categories of input that influence these changes are if you are in a state of threat versus safety.

Under threat, your blood flow to your frontal cortex (thinking, consciousness) shifts to the lower functioning levels of the brain, your demand for fuel (glucose) increases and some of it is taken from the neurons, and your immune system stimulates inflammation through cytokines (small signaling proteins), which when sustained causes destruction of brain tissue.

Mental or physical threats are processed in a similar manner. Examples of mental threats are unpleasant thoughts and emotions, worry, catastrophizing, emotional abuse or neglect, fear of authority, lack of opportunity, and social isolation. Repressed emotions are also a major problem. Physical threats include lack of food, poverty, bullies, viruses, trauma, predators, and being trapped by pain.

Although both are problematic, mental threats are a much bigger issue in that humans cannot escape their consciousness. The resultant sustained elevated levels of stress hormones and inflammation causes both mental and physical disease. One example, is that it is well-documented that the brain physically shrinks in the presence of chronic pain. It will return to its normal size when the pain resolves. (1)

Fortunately, you have complete control about which direction you would like your brain to develop. It depends on what you decide to program it with.

One experiment that demonstrates the power of reprogramming is the famous one by Ivan Pavlov, a Russian researcher. Pavlov showed how the brain can be trained, through repetition, to have certain reactions in certain circumstances. Recent neuroscience now backs up his findings.

Pavlov set up a situation where every interaction a dog had with food would involve the sound of a bell. Eventually just the bell sound would cause the dog to salivate, even without seeing or smelling food.

One of Pavlov’s lesser-known experiments is when he coupled the dog’s interaction with food with an electric shock to one leg. With repetition, the dog would eventually seek the electric shock to obtain food and wouldn’t react to the shock with a pain response. However, this phenomenon was “paw dependent” in that if the same shock was applied to its other leg, the dog would scream with pain. 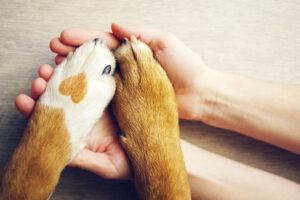 There have been numerous studies examining the interaction between the senses when one is absent. For example, it is well-known that people who are blind have more sensitivity in their fingertips, which allows them to more quickly learn to read Braille compared to someone with sight. Part of this is from the brain’s capacity to adapt through neuroplasticity, but it can happen much more quickly through changes in the areas of brain activity.

One experiment involved applying very tight blindfolds on volunteers for five days and measuring brain activity with fMRI’s (functional MRI’s). (2) These scans measure blood flow and metabolic activity in the different areas of the brain. They demonstrated that the brain regions associated with hearing and touch quickly became active and compensated for the lack of sight. There was a rapid shift of activity in addition to neuroplastic changes. When the blindfolds were removed, it took a few hours for the brain to re-adapt to processing visual input. Additionally, the blindfolded volunteers underwent intensive training in reading Braille. They demonstrated the occipital lobe of the brain (vision processing center) became active during touch. The brain adapts quickly and there are many underlying “silent” functions that become activated when needed.

Take control of your programming

I have become slowly convinced and am astonished that you can program your brain around almost anything. The key is stimulating neuroplasticity. You must move towards what you want in your life instead of trying to solve the problem. Otherwise, you’ll just reinforce the pain.

Some examples of the power of neuroplasticity include:

These are just a few examples of hundreds of patients who have broken free from the grip of chronic pain. The key is simply engaging in the series of tools that allow your brain to change. You can’t fix yourself, but you can practice behaviors that re-direct and calm your nervous system.

You can’t turn back

I realized a few weeks ago that once you have gained an awareness of the nature of pain, practice the tools that change your brain, and allow yourself to heal, there is no going back. Some people begin the healing journey but quit quickly. But there is a tipping point, where you have changed the nature of the way you process the environment and your brain will keep changing in that direction. Since is so self-directed, people continue to move forward, and many, if not most thrive at a level that they never knew existed. That includes me. 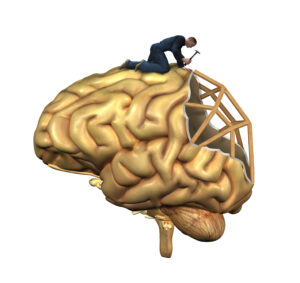 This realization of not being able to turn back hit me while I was talking to a young friend who I had been informally helping for a couple of years. She had known about the DOC process for several years but had engaged with the journey only after a long conversation where she was ready to try anything. She dove into my book, Back in Control: A Surgeon’s Roadmap Out of Chronic Pain and the stages of the website, www.backincontrol.com,  which outlines the action plan. She also sought some additional support. Within six months, her 15-year misery of suffering from severe anxiety, low energy, depression, and back pain ended. She was ecstatic. I warned her that the downside of feeling good is that when you inevitably have periods of re-experiencing pain, it is a higher fall and extremely frustrating. She heard me but wasn’t so convinced. Last summer, not only did she have a recurrence, she was more miserable than she had ever been. I will admit, I was a little worried. She was in the abyss of pain for almost six months. But the key is using the same tools you learned to heal in the first place. She didn’t and then she did.

When I talked to her a few weeks ago, she was on fire. Her energy was back, she had moved to a new city, was beginning to re-engage in her art, and her anxiety was back down to a minimal level.

I am never happy when I personally dive back into the pit of pain, but I do have the tools. Once you understand what it is like to feel good and have the tools to get there, you will find your way back. I did explain to her that the good news is that each time you are challenged like this (and there is more to come), you will become more skilled at shifting back onto the circuits in your brain that allow you to thrive.

We have now created The DOC Journey, which more clearly presents the core strategies that are most quickly effective and creates the experience of “feeling safe.” It is more interactive with the core of it being an app that will be available later this fall.

Use the power of your brain’s adaptability to create the life that you want.