Crystal is a woman from the southern part of Washington. When I first met her, she was over 70 years-old and lived on her own. She had severe spinal stenosis in her lumbar vertebrae at multiple levels. Stenosis is a condition where bone and ligaments grow around the spinal canal and cause a constriction of the nerves passing through. The spinal canal starts to resemble the narrow part of an hourglass. As the nerve compression gets worse, standing and walking become increasingly difficult.  The classic symptoms are numbness, weakness, fatigue, and pain in your legs whenever you are upright.

Crystal could not walk for more than half of a block without having to sit down. As she had been this way for several years, she was becoming increasingly weaker. She was very unhappy at the prospect of losing her independence, in addition to experiencing a lot of discomfort. Understandably, her anxiety was through the roof.

I performed a three-level laminectomy on her at L2-3, L3-4, and L4-5. This procedure removes the narrowing around the nerves, and about 70% of the time, patients are able to walk without pain. It takes a while for the strength and endurance to return. Unfortunately, most patients don’t engage in the rehab enough to experience the full benefit of their surgery. As she was so frail, my optimism for Crystal was tempered. I knew her leg pain would improve, but probably not her strength.  She also just did not seem like the person who would engage in a full rehab program.  I never give up though, so I talked to her about the DOC project and told her about my website.

The surgery went well and Crystal’s legs felt better. During our first phone appointment, she began to ask a lot of questions about the website and had begun the writing exercises.  She was slightly encouraged, and I was pleasantly surprised. The talk evolved into a somewhat extended conversation about the central nervous system and conditioning. It is difficult to make the effort to exercise when a person has a lot of anxiety.  To see a full recovery, I ask all of my patients to workout with weights three to five hours per week.  She was interested in getting completely involved in the process.

One month after the surgery, she was sleeping better, and felt her anxiety dissipating. She would go out for small walks every now and then. I encouraged her to join a gym. I really did not expect her to go. 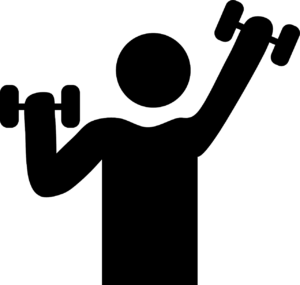 When I talked to her a few months ago, she was a different person. Her voice was energized. She had joined a gym and was working out four or five times a week. She felt a dramatic increase in her strength and endurance. Her anxiety was down by 80-90%.  She was going out with her friends and socializing. She was ecstatic.

I asked her to write a follow up letter about her experience, which is about a year from her surgery.

How nice it is to feel better!

It’s great to be able to do some of the things again that I used to do. I am doing everything that I have been asked to do. I am working out in the gym every week. I am also working through all of the stages of the web site. All of the books have been interesting and helpful.

My friends tell me how good I look. They say that they no longer see the look of pain in my face.

I have kept in touch with Crystal and we talk every three months. Seven years later, she is still working out in the gym, and her strength and endurance have continued to improve. She is active in the community with a nice circle of friends. This in sharp contrast to when I first met her and she was lying around her house, at the mercy of her pain. 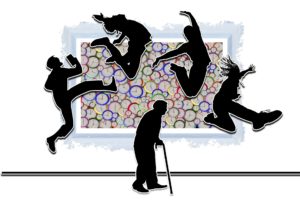 The tools on this website are self-directed. My observation is that there is no question of “if” you’ll better, but only a question of “when.” The decisive factor is a patient’s willingness to engage. It is stories like Crystal’s that keep me moving forward with this project.

“Better Not Look Down”