There is a “genealogy” of frustration/anger. It is:

There are two types of “victimhood”:

Perceived victimhood is when you feel you have been wronged but you really haven’t. Examples are not being invited to a party, being cut off in traffic, etc. True victimhood is when you have really been wronged or treated badly.  Examples are being passed up for a legitimate promotion, bullied at school, assaulted and robbed, etc. With both perceived and real victimhood, the end result is frustration/anger. The other similar characteristic is that they will both destroy your quality of life. The main difference is that real victimhood is much harder to process and let go.

In the world of chronic pain, you are a true victim. This is particularly true in the worker’s compensation system. You are being treated terribly. If you are not angry, then you are unconscious or incredibly skillful in suppressing you anger. I personally cannot talk to most claims examiners for more than five minutes without losing my mind. They have no medical background; they have not seen you, yet they complete have say over how I am able to treat you. They are controlling your ENTIRE life.You have little, if any, control of the circumstances. 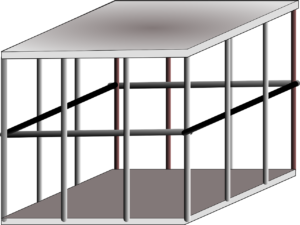 I treated a 45 y/o woman who had a simple decompression surgery about two years earlier. She had only back pain, which generally does not respond to a laminectomy. She finally let go of the frustration of going through an operation that had a low chance of success. Her spine was fortunately still in good condition. What finally came out was that she had crippling anxiety and wasn’t sleeping. We worked hard with the DOC principles with some nice early success.I wanted to refer her to my Pain Center, which offered some excellent resources to help the process along. Her claims examiner wouldn’t allow treatment. It was as if we were looking at a pot of gold, but it was on the other side of a deep gorge without a bridge. She had already shown she was engaging in the healing process and she would have been well on her way to recovery. Instead of providing the tools to calm down her nervous system, they gave her cause for extreme frustration. That included me, who knew from experience, how well she could do with the right support. Even writing this post elevated my blood pressure. The disability system not only traps you but then blocks your way out. It is a tough situation.