Memorization of neurological circuits is the another phase of the chronic pain experience in addition to pain sensitization. The way you learn any skill, such as a sport or musical instrument is repetition. It takes years of focused practice to attain the highest level of competence in a given field. Pain impulses are also repetitive input that can become embedded in your brain. One major difference is how rapidly these impulses are received. One metaphor that jumps out a me is that of a machine gun. The pain is memorized within a matter of months. Once they are defined, they are permanent; similar to riding a bicycle. 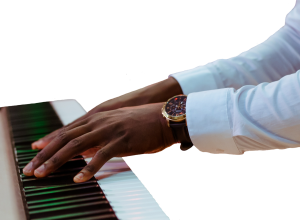 Thoughts are also memorized and can become obsessive circuits. Unfortunately, the brain becomes more focused on negative thoughts because there is natural tendency to suppress them. Although you make think you are successfully conquering them, you are actually giving them more neurological attention.  “The surgeon screwed up my back.” “I can’t get out of bed.” “The pain is ruining my life.” These circuits can take on a life of their own, running on a constant loop. If left unchecked, they turn into a serious obstacle to recovery; one that’s not a psychological issue as much as it is a “programming” issue. You can develop tools to break the cycle of negative thinking, but first you have to conceptualize how the brain works.

Dan Coyle wrote a book, The Talent Code, where he points out how genius is created. He also makes a nice connection to neuroscience research. There are three factors contributing to high-level learning: 1) Deep learning 2) obsessive repetition 3) Master coaching. The ideas is to engage in repetition of specific moves within a narrow range. I feel the same concepts apply to way the brain processes pain. Reading this book has been helpful for my patients to better conceptualize the formation of pain circuits. Motivated by The Talent Code

Neurological connections associated with pain will often continue to function, even if the offending stimulus is removed. A classic example of this is “phantom limb” pain. It occurs in patients who require an amputation, usually because blood supply to the limb is compromised by vascular disease. Common causes are diabetes or atherosclerosis, when there is not enough blood to sustain viability to the limb. Prior to the amputation, lack of oxygen causes the limb to become very painful. After the limb is removed, up to 60% of patients feel the pain as though the limb were still there.  Almost 40% of sufferers characterize the pain as anywhere from distressing to even more severe than before. (4) 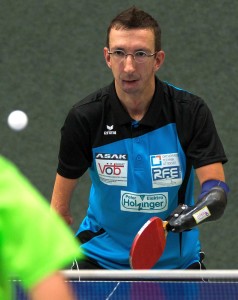 There is not a more definitive operation than removing the entire source of the pain by performing an amputation. The nervous system does not even know the leg is gone, and it still feels the same sensations and pain. From those of us who have the visual experience of performing these amputations, this is a dramatic example of the power of the nervous system. It is also a reminder that the brain also is an extremely complex sophisticated computer, which is programmable. To “de-program,” it takes much more than will power.

Another example of a situation where a stimulus was removed, but the brain couldn’t be “de-programmed,” was a major reconstructive spine surgery that I performed in my third year of practice. Brad, the patient, was a 27 year-old athletic banker who had a moderate “hunchback” deformity called kyphosis. He was experiencing a lot of pain in middle of his back associated with it.  The deformity was about an 80- degree forward curve (the highest normal value is around 55 degrees).  I was hesitant to perform surgery, as it is a major five to six hour procedure with significant risks.  The surgery went well, however, and his curve was reduced to 50 degrees.  Post-surgery, it became clear that his body image had been his major issue, and it didn’t change at all nor did his pain.

There are many examples of negativity. However, the point is that once the nervous system becomes fixated on one specific negative thought pattern, it is not going to stop on its own. It’s possible to break the circuit but it takes very specific techniques.