I was 5 years old and lived in a small town in New Hampshire. Our house was right across the street from the town common. I was so excited in that the fourth of July fireworks were going to be launched in the common within just a few hundred feet of our front door. I had waited for weeks to be so close to the event. 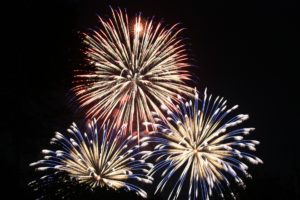 Around 4 o’clock I developed a headache. I don’t remember ever having one this severe and within an hour it progressed into a screaming migraine. At 10 o’clock the fireworks began. For  almost an hour the house was rocked with explosions that were dramatically magnified in my pulsating brain. I don’t have the words to describe the unpleasantness of the evening. The only good news was that my usually raging mother stopped to put a cold washcloth on my head. That was a pattern that persisted in that the one event that would always bring a dead halt to her screaming at us was the severity of my migraines.

This festive event marked the beginning of a lifetime of migraine headaches. Every two to three weeks I would develop a severe headache that was often extreme. Usually it was associated with projectile vomiting. I used to welcome that phase in that somehow my headache would abate a little. I would be stuck in bed motionless for 8 to 12 hours with a cold washcloth on my head. Every movement was excruciating. I don’t know if I would ever fall asleep, as I seemed to drift in and out of consciousness. I was always fine the next morning. I could never tell what might set the next one off.

In the 1980’s a drug called Imitrex was developed that I could inject into my thigh. If I could administer the injection in time the migraine would be cut short or avoided. That medication had a huge impact on my life. The only problem was that since it was an injectable I would frequently wait a little too long and still experience significant symptoms. Occasionally I would be caught without it.

About 10 years ago a drug called Maxalt was developed that I could just put under my tongue. I was much better at quickly taking it and could usually abort the migraine. Still on occasion, I would not have it with me and the severe sequence of events would still knock me flat. I would need to take it two to three times per month. Then it began to not work as well and I would have to add in a cup of coffee and Ibuprofen. That usually kept the headache at bay. 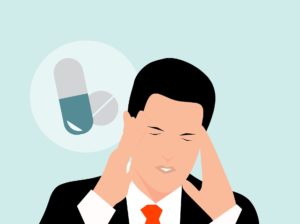 I don’t have migraine headaches anymore, and I quit buying the drugs many years ago. If I get a mild sense one might be occurring, a little coffee and Ibuprofen knocks it right down. I did not realize why the headaches disappeared until I learned that the methods I had been using to successfully allay my anxiety-driven burnout were following the treatment principles of the Neurophysiological Disorder (NPD). I was taught about NPD by Dr. Howard Schubiner who was a keynote speaker at a course I co-chaired, “A Course on Compassion: Empathy in the Face of Chronic Pain.” Migraine headaches are one of the classic symptoms of the NPD. As my nervous system calmed down, the headaches disappeared along with 17 other NPD symptoms I was also experiencing.

Migraines are nasty. With engagement of a program that treats NPD, you can experience the same relief that I did. It took me many years of making the wrong moves to figure it out. Usually you can experience significant relief within months.