I frequently encounter patients who feel that there must be an anatomical problem that is progressing as their pain is getting worse.  There has been no further injury.  Nonetheless, these patients become even more focused on finding the problem and having it surgically fixed.

I am extremely committed to not missing an anatomical problem. It is not good for anyone. Most of the time, increasing pain isn’t related to a structural problem. In these cases, the pain gets worse because of the way the brain processes any repetitive stimulus. Your brain learns your pain the way you learned about U.S. history when you were in high school. Most of us learned our homework through repetition, and much of the knowledge gained becomes part of who we are. It becomes ingrained in the brain.

When your brain is hammered week after week, month after month, and sometimes year after year with the same pain impulses, it becomes very efficient in processing them. It takes less of an impulse from your back to elicit the same response in the brain. The same impulse causes more neurons in the brain to fire. It is this process that causes patients to complain that their pain is getting much worse in spite of no additional trauma.

Listen to a discussion in a video: Your Brain Becomes Sensitized.

The phenomenon was clearly documented in a clinical study done in 2004. Volunteers who had no experience with chronic pain had a light pressure applied to a finger. The researchers measured the response in the brain with an MRI that is able to track metabolic activity. It is called a “functional MRI.” They consistently identified one small area of the brain that responded to this pressure. The same pressure stimulus was then applied to patients who were experiencing chronic pain. There were two chronic pain groups: one consisted of people with chronic LBP of more than three months; the other consisted of people who suffered from fibromyalgia. In both groups, five areas of the brain lit up. Although the fibromyalgia group experienced more diffuse body pain, anxiety, and depression than the CLBP group, the fMRI scan data was almost identical. This carefully done study documents clearly how the brain becomes sensitized to repetitive impulses. 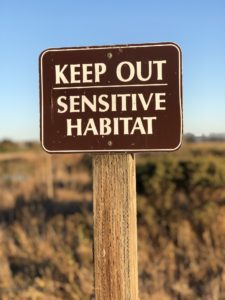 Water torture provides a crude example of how the brain gets sensitized. A poor prisoner is strapped to a board and water is dripped onto his or her forehead. It is only a drop of water. The intensity of the “source” of the sensation is mild and does not change over a period of time. With the repetition, the nervous system becomes focused on it, and the sensation becomes intolerable. The victim usually goes insane.

There are two situations where pain may increase: 1) either more pain receptors are directly stimulated, which in turn stimulates more neurons in the brain; 2) the central nervous system becomes more sensitive and the same stimulus now recruits more neurons to fire.

Remember, the final pain you experience relates only to the number of neurons firing in your brain.