Louis Cozolino, in his exhaustive book The Neuroscience of Human Relationships, points out that that human consciousness developed through interacting with other humans. We all know that people seek connection with others and when deprived of it develop significant health problems. We will do almost anything to stay connected. It is particularly apparent around Thanksgiving and Christmas. Travel plans are made that would never make sense any other time of the year.

Whatever holiday you celebrate, this time of year seems to revolve mostly around family, friends and re-connecting. There are lights, a sense of giving, and celebration. It was the one time of the year when my mother would calm down and we could relax for a few days. We had a quirky Christmas by any measure but it also added to the charm of it. We never put up our tree until Christmas Eve. After dark we would go to several Christmas tree lots and find a forlorn tree. They were always pretty bad. But we had some ornaments and bubble lights that seemed to make up for it. We covered almost every inch of the tree in tinsel. It worked and I loved sitting in the room with the tree and gifts. My father would take time out of his 100-hour work week as a small town doctor to spin the car on the empty, icy streets in downtown Newport, New Hampshire. We caroled with our church group for a couple of weeks, which was both fun and frightening, asking people for donations. A few times my father had the owner of the Western Auto store open it up on Christmas Eve to do our Christmas shopping. Over the years our family somehow seemed to rally together and enjoy Christmas. In the midst of a chaotic childhood it was magical. 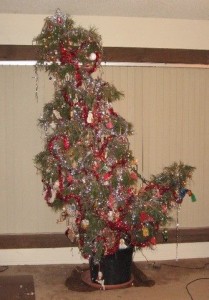 Then it wasn’t. Anxiety began to creep in without me recognizing it and when I tried to relax I would experience it even more strongly. As I dove deeper into depression in the midst of my chronic pain ordeal, Christmas became increasingly miserable. One of the hallmarks of anxiety and depression is that you feel that everyone else has it made except you. I was obsessed by what I did not have and became emotionally and socially isolated. Much of it was in my head as my friends were still around. I had no way of reaching out to them. As I interacted less with people my anxiety increased. I was convinced that no one wanted to hang out with me. My world was dark and the magic of Christmas made it worse.

The nightmare of Christmas

Christmas can be a nightmare for people suffering from chronic pain. One of the major causes of pain flare-ups is personal loss, and I see it in my patients every week. It takes only a few minutes to figure out which loss is driving the flare-up. The losses are significant and often catastrophic, such as losing a spouse, child, job, physical function, or reputation. Christmas magnifies this problem in that you are now reminded of a lifetime of losses. There are many friends and family who are no longer with you. There is also the loss of small children running around the house, jumping up and down to open their presents, and the knowledge that those days will never return. For myself, there were many holidays where I skied steep and deep powder and now my knees are not working so well. 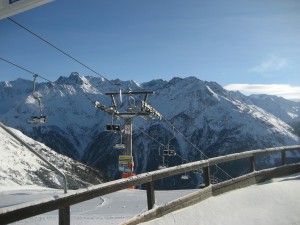 What could have been

A friend of mine sent me this piece from Wikipedia:

Sehnsucht is a German noun translated as “longing”, “pining”, “yearning”, or “craving”, or in a wider sense a type of “intensely missing”. Sehnsucht represents thoughts and feelings about all facets of life that are unfinished or imperfect, paired with a yearning for ideal alternative experiences. It has been referred to as “life’s longings”; or an individual’s search for happiness while coping with the reality of unattainable wishes. Such feelings are usually profound, and tend to be accompanied by both positive and negative feelings.

As I discussed loss with my patients I have slowly realized that it is not possible to fully get over a deep loss; and the harder you try, the worse the pain. You are still thinking about it. The better alternative is to realize that you don’t have to get over your loss and understand it is now part of the fabric of your life. It is healthier to continue to acknowledge it, live with the unsettling emotions and continue to embrace your life. Remaining stuck in your pain is just another creative way of holding onto the victim role.

Then it hit me that living a successful life involves navigating loss. The list of losses you will experience over your lifetime is limitless. Memory, strength, endurance, friends, family, prestige, jobs, reputation–you can choose to dwell on them or understand that loss is at the core of living, with the final loss being your own existence.

Can you honor your life by enjoying the magic and connection of the holidays? Or will you get mired in the quicksand of frustration, consumed by what was or what might have been?