Your experience of pain depends on many parts of your brain receiving a signal, and comparing it to your expectations based on past experience. Recent research is confirming this on functional MRI (fMRI) scans that look at what part of the brain lights up in response to sensory input.

A fascinating study was done on 10 healthy volunteers who were exposed to three levels of painful stimuli of 46, 48 and 50 degrees Centigrade. They went through a training session where the intensity of the stimulus was flashed to them on a computer screen and then the heat was applied between 7.5 and 30 seconds later. A few days later they underwent the same session but their brains were scanned with a fMRI.

The most impressive finding was that if the volunteer experienced less pain than the monitor showed there was a dramatic decrease in pain and also brain activity. In other words, if they were warned of a 50-degree stimulus and received only 48 degrees of heat they had almost a 30% drop in pain compared to if they had been accurately warned of the 48- degree impulse. This was confirmed by a marked decrease in brain activity. Then when they were accurately warned of a 50-degree stimulation they still felt the same level of pain as the 48-degree impulse and this was also confirmed by the fMRI scan.

In summary, having an expectation of less pain decreased the actual level of pain by almost 30%, which is equivalent to a therapeutic dose of IV Morphine. (1)

We all know that when your doctor says this going to hurt a little that we can prepare for it and generally the pain is less than what you might expect. This is a form of the placebo response and corresponds to a fewer parts of the brain being activated on the fMRI. Even if the pain is relatively severe we can deal with it better if we know what is coming. I am astonished at how much pain and NFL football player can repeatedly process in a given game and then repeat the performance weekly. But I am guessing that an NFL player would not tolerate being that hard while he was in practice and another player unexpectedly tackled him. 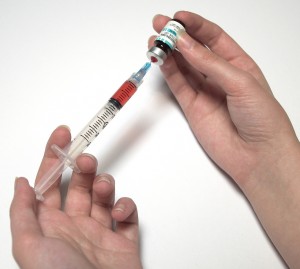 There is no formula to measure pain as everyone has a unique “pain construct” in their head for every situation in life – painful, neutral or pleasant. Some people have high pain tolerances and some much lower. The reality is that it is not that the higher pain tolerance people are “tougher”. They are simply not experiencing as much pain.

The “stories” we have our heads are infinite and apply to every second we are awake. They are based on our past experiences and our brains are continually comparing the present to these prior events.  For example, most of us would expect that walking down the street on a clear day would be a pleasant experience and taking a cold shower to be uncomfortable. However, if you are walking down a street where you had been assaulted the year earlier, you would not be that relaxed and many people look forward to taking a cold shower in the morning to get an invigorating start to the day.

I have had a long-standing aversion to jumping into cold water that has worsened with age. While in medical school I jumped into an ice-covered swimming pool on a dare. I went from a 120-degree hot tub into 30-degree water and I can still feel the shock in my body when I entered that pool. Not that smart…….

Last week I was in NYC and I woke up to having no hot water. I had a 7:00 am appointment that I could not miss. I knew that I was going to take a shower regardless of the water temperature. I ran the water for over 20 minutes before I gave up and jumped in. You can imagine the mental processes I went through before I stepped under the cold shower. I finally made that final mental leap of understanding that this was not a ice-covered pool and it couldn’t be that bad. Although I am not about to take a daily cold shower it was not nearly as unpleasant as I thought it would be. 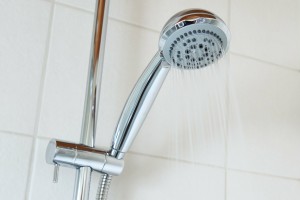 All pain is in your brain

For a given pain impulse to be interpreted your brain has to have an image of expected discomfort based on past experiences compared to the anticipated situation, these areas have to be able to interact with incoming pain impulses and finally these areas need to be modulated by expectations. The paper pointed out the the potent effect of positive expectations, including your confidence in your ability to cope with it, implies that therapies, such as cognitive behavioral therapy, that address fear surrounding pain can directly reduce your pain. (1)

All pain is in your brain and now the mechanisms of interpretation are being documented by fMRI’s. Once you become aware of your pre-programmed responses you now have the option of reprogramming them. Anticipating and facing your pain, whether it is emotional or physical is a better choice and running from it. When your mother or father responded to your childhood complaining with “Deal with it”, maybe they were correct.