Each year we return to Italy to spend time with some of our close friends. My wife lived there for seven years and is fluent in Italian. For me, it is a wonderful experience, as we get to enjoy Italian culture at the ground level. One trip was to the small island of Ischia about an hour’s ferry ride from Naples. It’s remarkable how over centuries the local people carved out homes and hotels in the sides of the cliffs. The only way to navigate the “roads” is with a golf cart. One of our adventures was renting a small boat and taking a trip around the island. Our guide was a native of Ischia and pointed out the geography along with some history. As we went past Sant Angelo, he pointed out the remnants of 18 towers on top of the hill. They were built in an attempt to protect themselves from pirates. They would frequently come into the town and level it along with raping the women and killing the men. As we turned the corner, we encountered a larger fishing town. While the men were out at sea, the pirates would enter it and rape the women. It happened so often that the physical traits of the populace were altered.

While in medical school, I was at Disneyland with several of my friends. I had been there many times and one of my favorite rides was “Pirates of the Caribbean”. I enjoyed the music, art, and the general excitement of it all. The sensation of quickly sliding down to the next level in a boat was also a lot of fun. For some reason, I suddenly looked at the pirate scenes more closely. 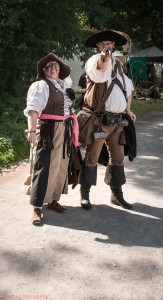 “Pirates of the Caribbean”

As we entered the large room with a captured ship, there was a terrified bound woman getting ready to walk the gangplank. Behind her, several pirates were gleefully observing while getting the next victim ready. The scene of the captured town in flames showed a group of young frightened women on a platform being auctioned off to the highest bidder. Three or four women were being chased around the burning buildings attempting to escape their pirate pursuers. Several pirates were lying on the ground drunk, disinterestedly watching the whole scene. Another prisoner was trapped in a burning jail cell trying to persuade a dog to come closer, as the dog had the keys to the cell in his mouth.

We entered the main pirate’s lotto, which had piles of loot scattered everywhere. There lay the drunken captain, lounging in the midst of it. Many personal items were depicted in the middle of the mass of treasures.

Many years ago, I was in New England on a family vacation. We were playing miniature golf at a “Pirate’s Cove”. I looked up and there was a cage that housed prisoners until they starved to death. On each hole there was a continuing story about Captain Blackbeard. Part of the tale involved his marriage to his 12th wife who was 16 years old. The governor of the state attended the wedding, as it was a major societal event.

What is it about pirates that we admire and romanticize so much? What characteristics should we embrace? The aspect I find particularly disturbing is that their terror is guised under the cloak of light fun and entertainment. This exposure begins in childhood for essentially all of us.

They rob at will. They not only just kill their victims, they often use perverse methods of torturing them to death. What is admirable about raping and selling women and children? The prisoner potentially being burned alive did not seem much of a concern to them. Why did the governor of a Southern State attend the marriage of a brutal older man to an underage girl? Why did I need to learn about that story while enjoying an evening of miniature golf with my family? Society has frowned on divorce for centuries. What about 12 marriages? 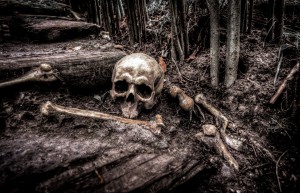 Do we admire what the Nazis did to their prisoners? Are their unspeakable deeds minimized in children’s rides or miniature golf courses?

My relative as a pirate prisoner

In the late 1700’s, I had a distant relative who was captured by pirates. My genealogist brother researched the story. He was one of 30 prisoners that were allowed to live, but they were enslaved. The conditions were so harsh that after three years only three were left alive. Thomas Jefferson finally paid his ransom. He was so brutally treated that he was disabled for the rest of his life. He passed away a few years after his ordeal. Another entire Hanscom family was murdered in a different pirate raid.

It’s my feeling that when horrible deeds are packaged and presented in a way that minimizes the severity of their effect, it has a corrosive effect on who we are as humans. It becomes easier to ignore things around us that are unacceptable. Verbal abuse would be one of those amongst an infinite list.

Might this be confusing for children? They are taught to treat those around them with respect, yet simultaneously are being presented with the idea that being a pirate would be somewhat of the ultimate dream – freedom to do whatever you want to whomever you want without consequences.

I have worked with a medical system in Alaska that provides high quality medical care to a population of Native American Indians. They have recognized that abuse of any kind is detrimental to one’s health and the data is clear that an abusive upbringing is associated with poor mental and physical health. They have committed to eliminating abuse within this generation and have developed a remarkable infrastructure to address the problem. Several of the programs are focused on victims telling their stories. What I had not realized was the severity of the abuse and it is so common that in many villages it is the norm. The population had become de-sensitized to the problem although they weren’t de-sensitized to the suffering. It’s a terrible cycle. Bringing the abuse into awareness through telling their stories has been a major step in defining the problem and solutions are being implemented. Awareness is always the first step in solving a problem in any domain.

I have become acutely aware of my own suffering and those around me. It was a rough experience that brought me to this awareness. It is now clear to me how violence mixed with entertainment contributed to my inability to really appreciate the depth of others’ pain. Do you find pirate tales and violent movies entertaining? I did for much of my life.

Chronic pain is misery that is endless. Put yourself in the shoes of those poor pirate prisoners and imagine how they must have felt. Consider the suffering of other people around you who are in chronic pain. There are plenty. In the U.S. alone there are over 100 million people in chronic pain. 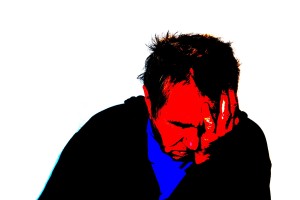 The first step of reprogramming your nervous system is awareness. There’s nothing noble about pirates or the suffering they inflict. Become aware of how becoming desensitized affects your connection to the pain of those around you. If we are to evolve, issues such as these must be addressed both individually and as a society. Calling out the damage inflicted by packaging bad behavior under the guise of entertainment would be a significant concrete step. 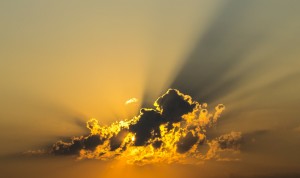