I started my practice in Seattle in 1986.  I was feeling pretty beat up from my spine training. I felt well-trained and began to perform fusions for LBP with a zeal. It was what I was trained to do.  It quickly became clear that chronic low back pain was much more complicated than I had thought. These patients made up the majority of my practice although my training was in complex spinal deformity. I had no insights into the nature of chronic pain, no clue to its devastating effects. I was convinced that I could find the source of every person with low back pain. Some of the tests I relied on were bone scans, discograms, facet injections, MRI’s, CAT scans and X-rays. I could often find a reason to perform a fusion for back pain. 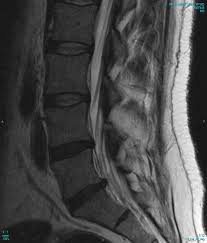 I had joined a prominent orthopedic group in town and was the fourth spine surgeon. We were all determined to create a major spine center in Seattle. I worked long hours with a high level of energy.  It was also an era where we had just started placing screws directly into the vertebrae to immobilize them. This technique offered a higher chance of obtaining a solid fusion. I was enthusiastic about my ability to obtain a solid fusion. If someone had back pain for more than six months, I would order a discogram, which is a test where dye is injected into the disc under x-ray control. If the injection simulates the patient’s usual pain, it is considered a positive test. Based on that test, I would then offer them a fusion that would remove the pain generator.

I was also quite diligent trying all types of non-operative care during this time. One approach I used was aggressively immobilizing the spine with a semi-rigid brace for three or four months while simultaneously work on conditioning in the gym. The idea was that if a fusion was going to work, why not try something to immobilize the spine that is less invasive. I had a lot of success with the bracing. Nonetheless, I performed many spine fusions for low back pain and I thought that the success rate would be over 90%. It is a big operation. I felt bad if I couldn’t offer my patient a fusion. Some patients would do extremely well. However, many if not most, would have some improvement in pain but still remain disabled. It wasn’t clear to me what variables would predict a good outcome. 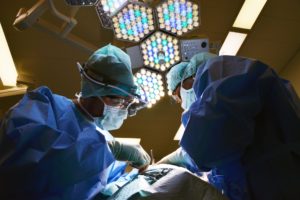 One evening in the fall of 1987, I heard a knock on my door. A gentleman by the name of Stan Herring introduced himself.  He said he was a physiatrist who specialized in spine care and would like to have me work with him as his surgeon. He had to explain to me that a physiatrist is a rehabilitation physician. The philosophy is to take whatever physical limitations that exist and maximize the patients’ function. I had not heard of this concept before and it sounded interesting.

I began to spend a half a day a week in his office. It quickly became clear that this was a different world of spine care than I had been exposed to. He knew which physical therapists he wanted to work with, and knew what they did and why. He worked with a pain psychologist. His office practiced a much more complete approach to the pain problem. When his patients required surgery, the results were consistently better. My role in this practice became that of talking many patients out of surgery until they had really engaged in the rehab process. Once I explained the magnitude of the surgery in detail, they would usually proceed with their rehab and most patients seemed to do well without the surgery.

I became better at selecting my patients for low back pain surgery but was still frustrated by the unpredictability of the outcomes. It was not until 1994, eight years into my practice, that I stopped performing fusions for low back pain. The data out of Washington Workers Comp showed that the return to work rate one year after surgery was only 15%. It was half the rate of those who had not undergone surgery. (1) Meanwhile, I descended into my own ordeal with chronic pain and I didn’t emerge from it for over 13 years. Slowly, the current DOC process evolved about ten years later. It took me a long time to figure out what was going on and now the last five years of neuroscience research has revealed the answers to solving chronic pain. Surgery is occasionally needed but is never the definitive answer in isolation. It is also never indicated for chronic LBP and degenerative disc disease.

I am one of the few spine surgeons who has aggressively been on both sides of this fence of using surgery as a solution for non-specific low back pain and now successfully helping patients heal without the risk of an operation. It has been quite a journey.