Our medical and political system has failed. Employers have abused workers as long as there have been employers and workers. The intent of worker’s comp’s no-fault system was to both provide excellent medical care as well as improve worker safety. Although workplace safety has dramatically improved since the early 1900’s, the system is failing to adequately prevent and treat chronic pain. There is a major report being released this week produced by the Institute of Medicine. They now estimate the number of people in the US suffering from chronic pain at 116 million.

It is my observation that the whole system of care ignores the most significant factor that contributes to the development of chronic pain—anger. Anger is universal and part of the human experience. Some argue for the necessity of anger. In any case, it is not going away any time soon. Anger provides a useful survival mechanism. When you are threatened and feel anxiety, you will take evasive or avoidance action. When that ability to escape is lost, you will become angry, which increases your body’s physical reaction and mental focus to solve the problem.

The antidote to anxiety is control.

The current disability system strips the worker of control. Additionally, at least in Washington State, the injured worker is at the mercy of a medically unsophisticated claims examiner. That examiner has final say in everything. As “enlightened” as I am, I cannot discuss a case with an examiner for more than a few minutes before I feel like I am losing my mind. I cannot imagine having my well being, as well as my livelihood, at the mercy of this system.

Dealing with the Anger

It will not matter what systems are designed to “incentivize” workers to return to work, unless this core issue of anger is addressed. You don’t have to incentivize any living creature to jump out of a cage. You just have to the door. Anger not only traps workers so they cannot fully engage in their care, but it also robs them of the ability or motivation to become engaged. 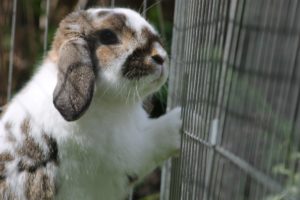 Although anger can be a useful survival mechanism, it is usually destructive to you and everyone around you.  Your anger imposes its own will on the immediate surroundings, and you lose all ability to rationally interact with your environment. The consequences are often disastrous. The most well designed programs are not going to be effective unless the wall of anger can be penetrated.

Anger and Frustration with Workers Compensation