Pain, The Gift That Nobody Wants is a book written by an orthopedic hand surgeon, Paul Brand. Through his work in India with lepers he discovered that the reason why they had such severe hand, facial, and foot deformities was that the bacteria resided in sensory nerves and destroyed protective sensation. When he returned to the US in the 1960’s he realized the diabetics had the same issue. It was not that high blood sugars were directly destroying limbs, but they lacked the sensation to protect themselves. He was the physician who figured this out and it made a dramatic difference in the treatment of diabetic foot ulcers.

A functional pain system is critical to your health and even survival. He presented several stories of children born without a pain system. Their body quickly becomes deformed from over-stressing their joints and skin breakdown. The average lifespan of these children was only 15 years. I knew him when he moved to Seattle to be close to his family. He was over 90 years-old and still writing and lecturing all over the world. He was one of my true inspirations.

I have slowly realized that I have been granted a similar gift that I did not want, nor would I accept it again if it were offered to me. It is the gift of prolonged severe suffering in the form of both physical and mental pain. I slipped into an anxiety-driven depression/ burnout in 1988, and developed symptom after symptom of the Neurophysiologic Disorder (NPD). At one point I was experiencing 16 of the over 30 symptoms outlined by Dr. Schubiner in his book, Unlearn Your Pain.

The worst part of the descent into oblivion began in 1995 when I developed a full-blown Obsessive Compulsive Disorder (OCD). I had always thought it was a loose term for some compulsive habits and felt it was some type of TV joke. It is the ultimate anxiety disorder manifested by intense, repetitive intrusive thoughts. They never stopped and became increasingly intense. By 2002 I was done and ready to check out. I will never completely understand why I survived. I have 18 medical colleagues that have committed suicide. Most recently it was one of my best friends in the spine surgery world and the other was an orthopedic surgeon acquaintance that I did some business with. Both had everything life that one could ask for.

While I was living in Sun Valley, six men between the ages of 45 – 60 committed suicide over a span of 18 months. All were extremely successful and prominent in the community. Why?

Raw anxiety is intolerable. It mental pain that I couldn’t escape. I cannot describe my suffering in words. My best metaphor is a “branding iron on my brain.”

I got extremely lucky in pulling out of it. In 2002 I began to heal and by 2004 began to thrive. The last five years have been the richest I could ever imagine. All of my NPD symptoms resolved, and flare only if I quit practicing the principles I have outlined in my book. So what are my gifts? This does not sound that convincing yet. They are many: 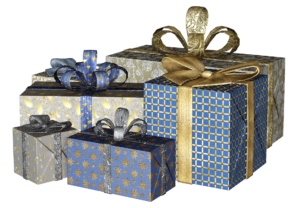 The greatest gift has been gratitude. That was not a familiar word for me until a few years ago. I was charging full steam ahead just doing the best job I could. I am grateful that I am able to share the tools I learned coming out of my burnout and witnessing so many patients experiencing the same success. 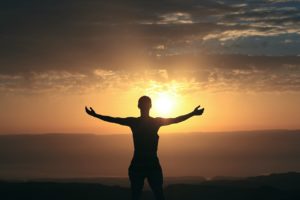 I am a surgeon and do not understand all of the reasons why the dramatic turnarounds occur with such regularity. I am not a neuroscientist. But it is a completely unexpected phase of my career and is incredibly rewarding.