One of the tenets of successfully solving chronic pain is to stop discussing your pain with others. Dwelling on your pain only strengthens those neural pathways and therefore reinforces your perception of pain. Over the last couple of years, I have seen evidence that has made this notion clearer to me.

You cannot discuss your pain

I didn’t realize how much people routinely discussed their pain with anyone who would listen. I first became aware of this pattern during a five-day workshop I conducted in New York at the Omega Institute with Dr. Fred Luskin, author of Forgive for Good; my wife, Babs Yohai, a professional tap dancer; and my daughter Jasmine Yohai-Rifkin, who is an expressive arts therapist as well as a dancer. My intent of the structured workshop was to re-introduce the participants to people, since those in chronic pain tend to socially isolate themselves. One of the ground rules during the workshop was that the participants could not discuss their pain or medical care. I was surprised how much this caught people off guard, and how much they tried to discuss it anyway.

Not surprisingly, there are papers that show how just belonging to a fibromyalgia support group where people routinely complain about pain predicts a poor prognosis for healing or even improvement. (1) Keeping a detailed diary of your pain also is detrimental to your improvement. (2)

A friend of mine is helping me with social media to publicize the concepts in my book, Back in Control. While reviewing other websites dedicated to chronic pain, he was appalled to find chat rooms that consisted mainly of people complaining about their pain, their doctors and other health providers, the cause of their pain, and the pain itself. What was most striking was that there was essentially no conversation around possible solutions.

Pain is addictive. Most people do not want to give it up, and that includes me. The biggest obstacle to healing is the sufferer’s willingness to learn about chronic pain and proceed with a plan to overcome it. There are too many benefits to being in pain, the main one being that it feels so powerful. It lets you expect less of yourself, and causes others to demand less from you. On many levels, it is a strong manipulative force within the family unit.

About a month ago I was skiing in Utah. It was the first time I had been able to ski in almost two years. I have arthritis in both knees and had been working hard to regain full function of them without undergoing surgery for knee replacements. I had to apply every strategy I have been teaching my patients, but I finally I broke through. I was with my son and daughter and thrilled to be outside on the slopes again. I was even able to navigate some moguls. It was a landmark day – until it wasn’t. 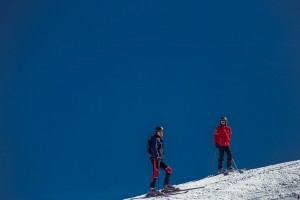 Wearing my ski boots, I walked off the hill into a restaurant. About 10 feet from my wife, who was meeting us for after-ski drinks, my left ski boot skidded on the slippery floor and took my right boot out from under me. I hit the floor hard, landing on my left rib cage. I could feel multiple ribs break. As I could not talk or move for almost five minutes, everyone thought I had experienced a heart attack. Finally I was able to get off of the floor and have a light meal with my family. I refused the ski patrol’s urging to get checked out, and I was even planning on going out for dinner later that evening. My wife asked if I was going to order spare ribs.

My pain at impact was as severe as I have ever experienced, but it was nothing compared to the next five days. Every time I went from lying down to sitting up, or vice versa, my left chest went into muscle spasm and I could not move. Each spasm was sustained and worse than the fall. I could not turn over in bed. I became claustrophobic. After calling Seattle to have a chest surgeon immediately put plates on my ribs, it took three colleagues and my wife saying, “Are you out of your mind?” to think better of that idea. Interestingly, the day I was to have had the surgery, my pain dramatically improved.

I could talk about this for a while

I could easily write another three pages about how terrible my pain was. But my point is that I wanted to talk about it to anyone who would listen. The intense experience was naturally the most prominent thing on my mind. People were sympathetic, and many told stories about their own injuries and suffering. It was my sole topic of conversation for a week. Then it hit me how much “benefit” I was receiving from discussing my pain. It was all about me, and people really did sympathize. Now, none of this was bad – except that I was getting stuck; and frankly it was becoming a little tedious re-telling the same story. So I was even resorting to embellishing it. 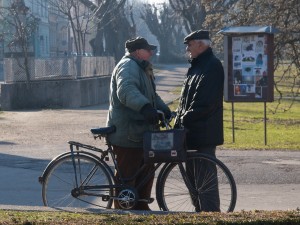 I became aware of several things during this ordeal:

Life is full of humbling experiences, and this was one of them. It is never a bad thing for a physician to experience at least some of their patients’ suffering. A support system is wonderful, as is being able to share your suffering with those close to you – for a while.

Just keep reminding yourself that constantly discussing your pain will lock your nervous system into those pain circuits. You will also eventually drive people away, encouraging the social isolation common in chronic pain patients. Your pain is just not that interesting to others. They have their own suffering to deal with.

It is critical to move on – with or without your pain.