In late March this year I received this email from an educator in the South. I don’t recall how he found me.

Is there a doctor or clinic in the Nashville, TN area that you would recommend? I have ordered your book and look forward to the journey! Peace, Steve

I do not. However, what I have my patients do, who live a long ways from Seattle is to use my book as a foundation to begin the healing process and the website, www.backincontrol.com as the action plan. I suggest working with your primary care physician regarding sleep and medication management. If you can find a local counselor or biofeedback provider to help with the stress management, it is helpful. Most people that have gotten better have done it on their own by applying these concepts to their own specific situation. Eventually you may join a gym and consider working with a physical therapist. I am working hard on getting these concepts into the public domain and it is gaining traction. Let me know if you have specific questions. Best regards, David Hanscom

He quickly wrote back:

Thank you for responding Dr. Hanscom. I should receive your book Monday. The surgeon I have seen believes I need neck surgery. The C5-6 & C6-7 levels have very little space from degenerative loss. I currently have neck pain radiating into the left upper extremity to the wrist with numbness in my left thumb. I have muscle spasms in my left arm as well. I’ve been doing PT off and on for about three years with some benefit. But recently the symptoms have gotten worse. I’m 63 years-old,  6′ ‘6″in height and weigh 225 pounds. I played intercollegiate basketball and continued until age 40…took up racquetball until age 55. I am now active hiking and biking. Obviously, I would rather not have surgery!! Looking forward to reading and applying the concepts in your book. Thank you again! Steve

Hi Steve, Great. Feel free to contact me in a few weeks to talk all of this over. Best of luck. David Hanscom

Dr. Hanscom, I finished your book. I have already recommended it to several friends who deal with back pain. I was scheduled to have neck surgery May 12 but canceled. After applying your recommended DOC process (especially the writing and discovering my anger) within a few days the pain went from “cut me open now” to “I can live with this”. If I had to rate my pain, it was a 7-9 and now is a 0-3.  It is mainly a discomfort rather than a deep pain. It’s funny…our NHL team is playing for the Stanly Cup. The past several months I would pound on the glass during a game with only my right hand because of the neck and arm pain…I noticed Tuesday night that I was pounding on the glass using both arms… I laughed…maybe because we were winning…but also, “Wow I’m using my left arm now and it doesn’t hurt!” 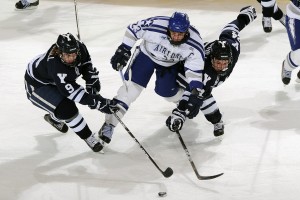 My wife deals with trigeminal neuralgia. She is reading your book now. It sounds like the principles can be applied to most/all chronic pain.

I am so thankful for what you have shared in your book. Your honesty, vulnerability, and life journey has I’m sure helped those you love and those you treat and now thru your book, those who read it and apply it. Thank you! Grace & peace, Steve

This sequence all happened over a two-month span. I hear similar stories from people all over the country, as well as witnessing surgical patients in my own practice heal without undergoing the proposed surgery.

We are working on paper describing dozens of patients that I had on the surgical schedule who cancelled surgery because their pain dropped to such a low level or disappeared. Examples include:

In the first edition of my book, Back in Control, I recommended that surgery be performed more aggressively for an identifiable structural problem with matching symptoms. I felt that a person in chronic pain could not tolerate the additional pain of a structural problem. The rehab could be done later. I was fairly busy performing surgery with this mind set but many patients were not doing that well in spite of a well-done procedure. Then someone pointed out the data to me that if you operate on any part of the body in the presence of pre-existing chronic pain, you can induce chronic pain at the new surgical site up to 40% of the time. Five to ten percent of the time it can become permanent. (1) Most patients are not informed that chronic pain is a potential complication of surgery. It is also extremely well-documented that anxiety, depression, substance abuse, high-dose narcotics, fear avoidance, catastrophizing, insomnia, poor physical conditioning, younger age, and being female are some of the risk factors predicting a poor outcome of surgery. (2) Yet, another paper shows that only 10% of surgeons are assessing these issues before surgery. (3)

I think that some of these patients with surgical problems improving without an operation will eventually go on to have the surgery. But there is no data. Remember, in light of the Hippocratic Oath of “First do no harm”, it is our duty to ensure that the potential benefits outweigh the risks of surgery. If someone is having no symptoms, the risk is there and there is no benefit. If surgery is required at a later date, then the risk factors for a poor outcome have already been addressed. 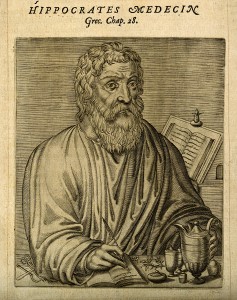 There is nothing more rewarding than watching a patient become pain free without taking any risk and there is minimal cost. And make no mistake about it, every surgery has risks – even the “simple” ones. My life changed when I had a patient die from a one-hour laminotomy many years ago.  It is operation that is done under the microscope with a dental-type burr used to remove the excess bone that is pinching the nerves. I had performed it thousands of time. The procedure was almost done when my instrument disrupted the dural sac. This sac contains the cerebrospinal fluid that the nerves float in. It is generally a solvable problem. I repaired it but he had some slight bladder numbness on one side and was having difficulty completely emptying his bladder. The residual urine became an ideal spot for an infection to brew. He would have resolved it over three to six months. However, about three weeks after surgery he developed an E. Coli bladder infection that quickly spread to his kidneys and then throughout his body. He died of septic shock.

I could tell you hundreds of stories about surgeries resulting in complications and the bigger the surgery the higher the chance of developing a problem. I still perform many major spine surgeries, but it is always the patient who makes the final decision if I offer them the option. You are the one with the pain and only you can decide if the benefits outweigh the risks.

Video: Get it right the first time