I want to introduce you to Rita who holds the record in my practice for the longest time being in pain and breaking free. She had been suffering for 55 years and was still able to heal.

I met her in 2014, as a patient. She had been suffering from severe anxiety, total body pain, and mood swings for over 50 years. She had been put through the medical system in every way imaginable without success. The first year was tough and she worked with one my of pain colleagues implementing the approaches we have presented in The DOC Journey course and app. We were not optimistic regarding how she was going to do after being in pain for so long. The common wisdom is that once you have been in this state for more than 18 months, you can’t solve it. It just has to be managed.

I am not going to spend time with what her life was like while she was suffering so severely. Trust me, starting with being  a single mother of three small children, her stresses were as bad as any. We now know that overwhelming stress causes physiological symptoms, illnesses, and diseases.1

She broke free over 9 years ago. Like everyone, she has had major trips back into The Abyss. But she has learned to deal with it, understand the triggers, knows how come out of hole, and move on.

My wife, Babs, and I have gotten to know her well and have learned that she has a tremendous depth of wisdom and creativity. You might think with her history, that these traits might be permanently buried. Wrong!! 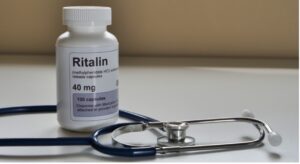 Rita, at 85 years old and going strong. We want to share her insights on life, before and after her era of suffering. We will present them regularly on our social media platform. She is a bundle of creativity and energy, and hence the term we have coined, with her help, is “Ritalins.”

She is an avid learner and has a remarkable grasp on awareness, choice, and neuroplasticity. One of the first comments that caught our attention was her coining a word, “neuroshment.” Stimulating neuroplasticity requires a lot of energy and focus. Twenty percent of your body’s energy is used to support your brain. Most other mammals use about 6-8%.2 If your brain is spinning around from relentless unpleasant thoughts, it is no wonder you may feel fatigued.

There is a metaphor that arose out of this word for me. Where is the source of your fuel for your development? What will “neurosh” your brain for growth and change? The answer is the fertile ground of your past. There are no other choices. I have long said that you have to dig deeper in order to reach higher. 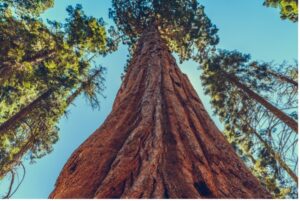 Consider your past experience, regardless of the nature of it, as the fertile soil for your sustenance and progress for the future. A redwood tree, not only has deep roots but connects with the root system of other trees to a stability. So, dig in. The more severe your trauma and chaos, the more fertile the ground.

My past was abusive and created severe scarring. As bad as it was, it is not nearly as severe as some of the stories I hear. It doesn’t matter. There is a break point for every person and when you hit it, the result is the same. You’ll fall apart. The question is, “what do you do now?”

I was so broken that my psychologist had me read a book, “Damaged.” I will never forget how I felt when I read it. The clear message that I was damaged to the point that even trying to back to a good life was probably not going work and why put in effort? I will tell you that anyone can heal given even the smallest chance.

Many of us spend a lot of time outrunning our past. We analyze it, feel ashamed, try to rewrite it, compensate, or cover it up. Much of our life energy is consumed by these efforts. The alternative is to not only become aware of it, understand it, but then use what we learned to grow – neuroshment!! If you continue to feel victimized by it, you know the outcome.

What is your choice?

Records are meant to be broken, but some remain intact for a long time. Rita’s thriving after 55 years in The Abyss is a big one! We will be presenting Rita’s ongoing insights about life. They are inspiring and energizing. Hence the term, “Ritalins.” 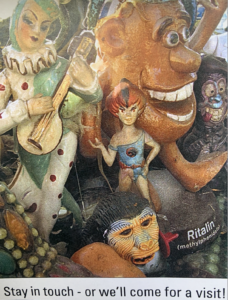