Research has demonstrated what all of us already know. Repetition of unpleasant sensations worsens over time and becomes intolerable. This is particularly true with pain and the classic example is that of water torture. Although the drop of water is inherently painless, it eventually is perceived by the poor prisoner as a sledge hammer. Yet, it is still just a drop of water. 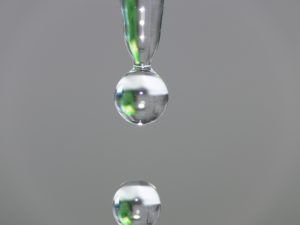 A functional MRI (fMRI) is an MRI that measures metabolic activity in the brain. A 2004 study looked at the brain’s response to a pressure stimulus applied to the thumb of three groups of volunteers. (1) The groups consisted of people with:

In the volunteers without chronic pain, one specific area of the brain lit up that corresponded to the thumb. In the other two groups, five regions lit up – in every patient every time. Then the experiment was reversed so that only enough pressure was applied to light up only the thumb center, and it became active with one third of the pressure. In other words, the nervous system became three to five times more sensitive to the same stimulus if the volunteers had either localized or widespread chronic pain . This is the reason that people in chronic pain feel that there is something progressively happening in their bodies because universally the pain worsens over time. What is occurring is that the pain is worsening because the nervous system is becoming more sensitized.

Hod Carriers and a frayed wire

I have a good friend, Dennis, who related an interesting experience he had regarding Sensitization to Pain. It occurred when he was working as a hod carrier in his early twenties. A hod carrier is a person who sets up the work area for brick masons. Essentially, the hod carrier enables the brick masons to lay blocks or bricks as efficiently as possible. The work involves mixing cement and carrying it along with the building materials to the next section of wall. This has to be done quickly enough to stay ahead of the masons. The materials often have to be hauled up scaffolding. I worked as a hod carrier for three summers while I was in high school, and I discovered that the masons aren’t usually happy if the hod carrier falls behind – even by one block. It is an extraordinarily intense, physical job. 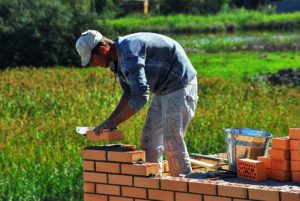 On one particular job, Denis’s duties also included cutting basalt blocks with a “wet” saw. This is a saw with an industrial diamond blade. To prevent the blade from overheating, water from a small sump pump is continuously pumped over the blade. One day on the site, he felt a mild tingling sensation as he placed his hand on the saw handle. As he cut blocks early in the morning, the sensation was not particularly uncomfortable. As the morning progressed, the sensation gradually became stronger. By early afternoon, the sensation was so strong that he could no longer comfortably touch the handle. He felt an actual shock. Even the anticipation became a problem, and he wouldn’t touch the handle.

There were three hod carriers on this crew. They watched him get more and more cautious and finally refuse to touch the handle. Yet when they touched the handle, they could barely feel anything. Needless to say, they gave him a hard time. The next day, they rotated and the second guy had the same experience. By mid-afternoon he would no longer touch the handle. The last guy now thought they were “toying” with him. Again, when he touched the handle, the sensation was almost imperceptible. Then it was his turn, and by mid-afternoon he was a believer. The ultimate cause of this phenomenon, a frayed wire, was finally fixed on the fourth day.

What is interesting to me about this story is how quickly the sensitization occurred over just six to seven hours of repeated exposure. If the initial impulse had been somewhat uncomfortable, the story would have seemed more plausible. However, the sensation went from barely perceptible to an electric shock. Dennis said that even the thought of touching the handle produced a physical response within him.

Pain is always in your brain

It would be reasonable to assume that if a functional MRI was available to measure the hod carriers’ brain activity, that there would be an increased number of areas of the brain firing by the end of the day. Your nervous system is incredibly adaptable. It doesn’t take much repetition for your brain to figure out how to process a known, predictable impulse. 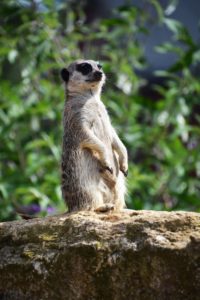 Pain is an output not an input. Your nervous system is processing billions of bits of data every second and deciding if you are safe or not. If there is a threat, you’ll take action to protect yourself. That’s how we survive. There is nothing inherent in your eyes, ears, nose, mouth, skin and internal organs that assesses and interprets your environment. The signals from all of these sensors have to be unscrambled to interpret your reality as pleasant, neutral, or unpleasant/ threatening. What I find interesting is that we become highly sensitized to pain and desensitized to pleasurable input. Doesn’t seem quite fair……..