Hoffman is a seven-day residential personal growth experience where you are able to become aware of your family patterns of behavior that are playing out in your own life. You’ll learn techniques to calm down and reprogram your nervous system. You are also not allowed to discuss your past but simply to become aware of it. My wife did Hoffman about 10 years ago and eventually me, my son, daughter-in-law and daughter. It is specifically not a “fixing” process but one of becoming aware of patterns of behavior that are playing out in your life and relationships. With this knowledge you have the ability to separate from reactive patterns and deal directly with issues. Hoffman is not a pain program but It allows you to expand your journey out of pain into different dimensions. Remember that you can’t “solve” chronic pain. The solution lies in moving away from it.

Picture a steep mountain with a ten-foot smooth block wall running up the center of it. I am climbing up this incline on the left side of the wall. There is no path and I have to fight through thick brush as I work my way up. After the process, I felt like I opened a door in the wall and walked through to the right side, which has a stairway. I’m still climbing the same difficult mountain but I’m not fighting myself. Becoming aware of my deeply-embedded behavioral patterns has allowed me to navigate around and through them. 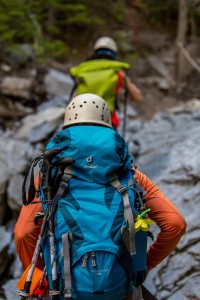 The Center of Public Leadership at Harvard has offered the Hoffman process to its graduates. The process enables you to become more creative and focused, both of which are important for leadership. I took the post-Hoffman leadership pathway and I’ve accomplished more in a leadership role in a few years than I did the first 22 years of my career. I came out of Hoffman like a laser beam with a clear vision. I haven’t deviated a millimeter since the day I walked out of it.

Hoffman also gave me the insight to put words to what I had inadvertently done for myself through expressive writing, which is awareness, separation and reprogramming of my thoughts. I hadn’t seen this sequence earlier. I hadn’t wanted to do Hoffman and went only because my wife had asked me to. She had gone through it about six months earlier. I had been in therapy for over 12 years and thought I had life figured out. I was doing well before Hoffman and didn’t think would be useful. What Hoffman gave me was clarity and and the tools to clear out the interference. None of this DOC process or my book would have been possible without this experience. One of my ingrained core patterns was procrastination. I still use the tools daily. 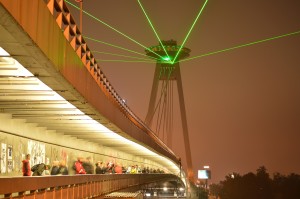 On the last evening of the process, there is closing ceremony. Hoffman graduates attend the ceremony to support friends and family that have just completed the process. Many will stand up and share some of their post-Hoffman life experiences.

After my ceremony, three different businessmen stood up and gave glowing testimonials on how Hoffman had influenced their lives. Then a woman stood up who was a bit of an awkward public speaker. It was initially uncomfortable watching her stumble through her sentences. She had recently finished the process a month earlier and had been in chronic pain for over ten years. She had traveled the world and spent over $400,000 looking for a cure. As she continued her testimonial, she started warming up and her demeanor transformed into that of a well-educated, confident person. She said, “I spent all this money, traveled the to the ends of the earth, underwent many tests and treatments, and all I needed to have done was to come to Hoffman to discover that I was just fine.”  She was almost pain-free for the first time in years.

If every person could learn and practice the tools learned during the Hoffman process, patterns of behavior being passed from generation to generation would be broken and the world would change. That was Bob Hoffman’s vision in 1967 when he founded Hoffman.

My son did the process at age 25. Being in the world of freestyle mogul skiing didn’t seem like a great fit with Hoffman and I wasn’t sure it was going to be that helpful. He had an easier experience than I did since he didn’t have 56 years of patterns etched into his brain. The word he used after the process was “cleansed.”  It was a little disconcerting knowing I was the one who had imprinted some difficult patterns on my son. It was incredibly rewarding seeing him go through the process and begin his own journey. He also still actively uses the tools and it had a significant impact on his life. Nick’s winning run – off of the hill

Not everyone is able to access the Hoffman process, but the neuroplasticity concepts that have been presented in Back in Control are powerful. Used on a regular basis they will change your life – if you’re open to change.

I did an interview about the impact Hoffman had on my life, “A Surgeon’s Perspective on the Hoffman Process”, Staying Connected. I also did a radio interview with Hoffman where I describe the relationship between the Mind Body Syndrome (MBS) and Chronic pain. Hoffman essentially looks at your entire life in terms of the Mind Body Syndrome, which I now call Neurophysiologic Disorder (NPD) although they were not initially aware of this link. My feeling is that Hoffman should be considered only after you are out of “The Abyss” and are able to move forward. It’s an integration process and many parts of your journey will come together allowing you to create a clear vision.

Trapped for 18 years by scoliosis surgery