For those of you who are golfers, you know that golf is a great metaphor for life. It is both challenging and social. I think the bonding is a result of such deeply shared suffering. What is fascinating is that it really is just a game. This is a story from a colleague of mine, who I greatly respect and consider a mentor. 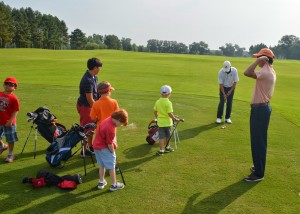 You play golf, so you understand the setting. I will make this brief. When I reached my 80’s, handicap kept going up. We play for small stakes, so the most one of us could lose was $30-40. We changed the format to skins (slightly easier way of betting on the game) and the maximum one could lose was $9.

I was down maybe $300 and I started taking lessons. I was serious. I practiced with a broom or club 7 days a week, bought new irons, practiced on the range and practice area as often as possible. My handicap topped off at 28. One of my playing partners was a 10 handicap player. He is a successful business owner and he HATES to lose, throws his clubs, and pouts. Our handicaps frozen during the fall and winter. He was winning almost every week.

Recently, he lost $1 on Saturday, and $9 on Sunday. I won a few dollars. It was OK, when he won for years, but when I won for a week or so, not so fun. One Sunday, he informed me he would not play in any game I was in, “He couldn’t compete”. I became angry, sent an email eviscerating him and cc’d others, which infuriated him. Remember, it was OK when I lost every week. Also, I had been the one to set up games, invited others to join us, made tee times, keep score, etc. He stopped talking to me.

I became so angry that I thought of him and his childishness incessantly. Guess What?  After a week I started feeling ill. I had trouble sleeping and became listless in a few days. I came down with he worst cold in years.

After a week, I went to him and apologized. I received immediate relief. Took some over-the-counter meds. My Anger, Resentment, Stress, etc., was gone. And my cold was almost gone in two days. I was lucky I just got a cold…..

There are many studies that document the relationship between stress and disease. Stress causes alterations in the hypothalamic pituitary axis (HPA) in the center of your brain. This is the area of the brain that controls the levels of various hormones throughout the body. A recent article focused on the specific effects on the immune system. Your immune system is comprised of multiple types of special blood cells, called white blood cells (WBC’s). There are many types that each respond to a chemical signal. Some are focused on viruses while others concentrate on different families of bacteria. Any substance that immune system does not recognize it surrounded and destroyed by these cells.

Researchers exposed volunteers to a virus that is known to cause a common cold. (1) They measured the immune system’s response in those who reported being under stress versus those did feel like they were under undue pressure. They discovered that the sensitivity of the response was compromised and that the immune systems was overactive. The cold symptoms were caused by this inflammatory response. “The immune cells became insensitive to cortisol’s regulatory effect” and the out-of-control inflammatory response caused the symptoms.

So the symptoms of a cold are not directly caused by the virus but by the body’s reaction that is out of proportion to the threat. In other words, cold symptoms are a side effect of the body’s immune system.

Is your cold “in your head?”

All of us know that we are more apt to get sick when we are feeling under a lot of stress. Is it psychological? It is not. There is a direct effect on your body’s chemistry that compromises your ability to fend off bacterial and viral threats. Recent advances in technology allow scientists to more precisely measure the immune response. Howard is right. He got away with just having a cold. The links between chronic stress and serious autoimmune disorders, cardiac disease, depression and cancer are well-documented.

Additionally, the speed of peripheral nerve conduction is increased by 30-40% in animal studies when they are stressed in the lab. (2) Therefore, you will physically feel more pain when you are having a bad day. Is there really anything staying so upset about that is worth your health and quality of life? It is time for all of us to chill out! 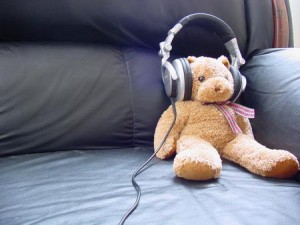