The most powerful treatment for any disorder is engaging in practices that calm your nervous system and allows your body to heal itself. Each person has his or her unique way of accomplishing this.

I was introduced to this concept in the 1980’s by Dr. Bernie Siegel’s book, Love, Medicine and Miracles. He reviews some of literature that links stress with disease and also relates many stories of patients with terminal cancer who beat the disease. He formed a non-profit group, ECaP (Exceptional Cancer Patients). These miracles happened in the presence of widespread disease without any hope of survival. Although this has been witnessed for decades, he asked the question, “Why?” It is not just a lucky occurrence. Remarkable healing stories – Dr. Bernie Siegel 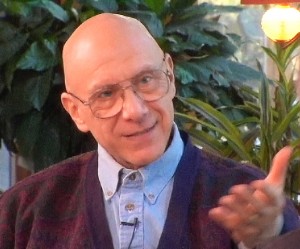 The destructive power of anger

The same principles hold true for the healing that occurs in the DOC process. It is not a series of steps that you undertake and you are free of pain. It is a framework that organizes your thinking and clears the air so you can figure out your own next steps. Somewhere in the midst of quieting down, my patients unconsciously connect with the core of who they are and allow themselves to heal.

Being trapped causes frustration and anger. Anger disconnects you in almost every direction and adversely alters your body’s chemistry so all of your cells (organs) are bathed in stress chemicals. Some things that trap us are:

Most of these problems are not solvable, so as your legitimate frustrations continue, so will the chemical assault on your body. You cannot connect with your body’s capacity to heal in this adverse physiological environment. You can   train yourself to alter this primitive survival response.

Placebo is a term that has been incorrectly presented to both doctors and patients. It is felt that if a patient responds to a placebo, then there clearly must not be a problem. Really? It has been shown and continues to be demonstrated that almost every medical treatment has a significant placebo component – even in the presence of the active ingredient of the drug. Also, the more invasive the treatment the more powerful the placebo effect. In other words, an injection is stronger than a pill, and a surgical procedure has even a greater placebo effect. 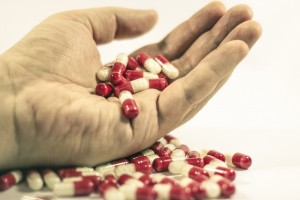 The percent of people that respond to a given treatment with a placebo effect ranges from 20 to 50% and it is consistent. I am not aware of any study that shows that the placebo effect is absent. Harnessing and  this placebo effect is what you desire. It is specific, powerful and does not have side effects or risks. There is nothing more impressive than having your immune system rally and wipe out a given cancer. All that doctors can do is to kill cells with drugs and radiation and hopefully the cancer cells are destroyed first. Occasionally surgery can completely remove it, but never in these terminal cases. The newer generation of treatments is focused more on targeting only the cancer cells.

The warts on my hands

I had a remarkable experience with my body’s healing powers in my 20’s. You can read about it in detail but after suffering with five to ten warts on both of my hands for over 10 years this disappeared forever within a week after a dermatologist told me to rub fresh Aloe Vera leaves over them. Then he told me that he thought it was a long-shot but it would work, “Because I think it is just a placebo.” I was extremely upset and angry and I can still feel what happened inside me that day. I remember feeling that “I am done with this” and I felt a deep shift occur in the middle of my body. I rubbed the Aloe Vera on my warts for a couple of times and then threw the stems out. Two weeks later I had new hands. I cannot adequately encapsulate this experience in words. It has been shown that even when patients know they are receiving a placebo it is still often effective. (2)

The drug of choice

Placebo is the drug of choice for any disease state, including chronic pain. You must get out of your own way and allow your body heal. Connecting to your own healing capacity does not carry risks or cause harm.

Unfortunately, many medical procedures do have significant risks and cause damage, even when there are no complications. I had to directly or indirectly deal with almost all of them including, stroke, blindness, paralysis and death. Addressing bad outcomes was one of  the most difficult aspects of being a surgeon. This is especially true when you wonder if you could have possibly avoided the procedure, or did my patient really understand the implications of his or her decision? There are conflicting reports but it appears that there are over 150,000 deaths annually from medical errors, which would make it the third leading cause of death behind heart disease and cancer.

One mechanism of action of placebo is that it engages the same brain mechanisms that release the body’s endorphins (natural pain killers) and ‎cannabinoids (active ingredient in marijuana). Interestingly, researchers can block the pain-killing placebo effect with a drug that blocks narcotics called naloxone.

A 2012 study recently came to my attention where lidocaine patches for LBP were compared with just the patches. It is extremely interesting in that 50% of the patients responded in both groups. Does the paper show that patients really did not have pain? “No!” It demonstrates that the healing response is stimulated by the patch. Does that mean we should be prescribing patches without the lidocaine? “No!” The risk of Lidocaine on the patch is essentially zero and adds minimal cost. A 50% response rate is excellent. (1)

It doesn’t even matter if the patients know that the “drug” is a placebo. Another “open label” placebo medication study showed a large reduction in chronic low back pain compared to the usual treatment. The mechanism of action of this effect is unclear and it does not require deception to be effective. Somehow the act of taking the pill stimulates the body’s capacity to heal. (2)

When patients heal at some point during the DOC process there is no way of knowing what aspect of it was effective and it doesn’t matter. You have connected with your body’s ability to heal and without a downside.

Understand that each and every person has the capacity to access his or her own body’s ability to heal. We have observed that the vast majority of patients who engage will not only improve but thrive. Unfortunately, the anger that fires up so many symptoms is also the obstacle that blocks engagement. The major factor that portends a good outcome is willingness to be open to new ideas and then pursue them. Or, as one successful patient pointed out, “It requires a suspension of disbelief.”