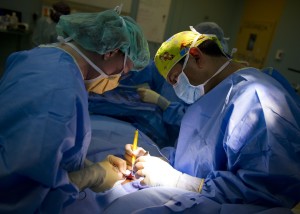 Be careful when making any medical decision, whether it is a medication adjustment or a procedure. I have seen every possible scenario you can imagine over 40 years. There might be medication allergies that have not been previously identified and the reactions can be severe. Procedures are even more problematic because medications are always involved with anesthesia, etc and then there is the actual risk of the procedure. No one thinks that the complication will happen to them and your surgeon is also thinking in a similar manner. Complications aren’t  part of the plan. Here are just a few of some that I have seen:

This list is endless. Spine surgery is a problem in that even the best well-performed operations can make your pain worse. Often the spine can break down above and below a prior fusion. I often hear patients say. “If I just knew how badly this surgery could have turned out, I never would have undergone it.”

Occasionally, you can end up with many spine operations over a short period of time trying to salvage the situation. One patient had 15 surgeries over 36 months. Another had 29 operations over 20 years. The reasons for multiple surgeries include trying to clean up a deep infection, repairing leaks in the dural sac, hardware breaking, the fusion not healing, breakdown above a long fusion with spinal cord damage, misplaced hardware, etc. The re-operation rate can be as high as 20% within the first year.

Surgery is risky – every time. The bigger the operation, the greater the risk. Make every effort to connect with your own body’s capacity to heal and consider whether the benefits for you outweigh the risks. You’re the only one who is experiencing the pain and the only person who can make that final decision?

Video: Get it right the first time