We frequently deal with negative thoughts by suppressing them. We don’t want to feel negative, so we don’t. We think that we have no alternative to a difficult situation, so we just move on. 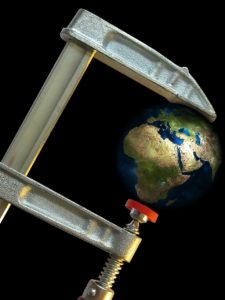 I have witnessed the downside of thought suppression firsthand in the medical profession. In medicine, suppression is a way of life — it is the way we “succeed.”  We have extreme training conditions, infamously long hours, and harsh demands. A law was passed a while ago limiting residents’ hours to 80 hours per week.  Those hours are still too many for a given workweek. Think what it was like before those laws were passed. Complaining is not an option, though. What can we do?  Nothing. So we just put our heads down and go to work.  We learn to be “tough.” However, the price in terms of mental health is high. Various variations of this problem are present in all high-level/ performance professions.

The rate of physician burnout is over 60% and climbing. It is considered a major crisis affecting every aspect of health care. (1), and there is a higher prevalence of psychiatric disorders, drug abuse, and alcoholism among physicians compared to the general population. (2) The suicide rate for male physicians is 40% higher than men, in general, and 130% higher in women doctors.(3) I personally have four out of 80 medical school classmates and two close spine surgical colleagues who committed suicide. The most recent one occurred with a close friend of mine who was assisting me in two surgery cases.  Each case had gone extremely well. Afterward, he shook my hand, said “nice case,” and shot himself three hours later.

Over the years, I had watched my friend slowly fold under the stresses of being a spine surgeon. He suffered the deadly combination of suppressed anxiety and extreme perfectionism. At the time of his death, however, he appeared to have finally gotten a handle on it and seemed like he was pulling out of it. None of us saw it coming.

Patients tend to think of their doctors as somehow stronger than they are, and many physicians take on that projection. They don’t admit to themselves how much personal damage that poorly processed stress is doing to them. 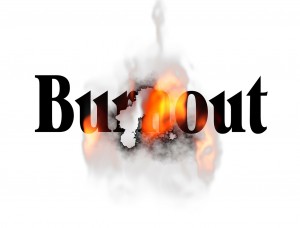 Trying to suppress or not think about negative thoughts is a disaster – in my opinion, it may even be more damaging than suffering. When you try to not think a negative thought, the thought is stronger when it reoccurs. It also takes a significant amount of additional mental and emotional energy to keep thoughts under wraps. For example, you might be upset at your spouse, partner, or child because they routinely don’t pick up after themselves. The first approach is usually to quietly ask them, which often progresses to nagging, and so on. You also might respond fairly aggressively to effect a change. As you know it usually doesn’t work.

As you are closely connected to this person, you also don’t want to be frustrated. So you aren’t. You try to ignore the untidiness. Your rational brain kicks in and starts to “keep score.” You rationalize that this isn’t that big of a deal. There is now a lot of mental energy being expended. You know the rest of the story.  The longer you try to ignore the problem, the higher chance you will be irrational when you finally do decide to deal with it.

There are other adverse effects on the brain with thought suppression.

There has been a movement for decades encouraging people to think positively. In my opinion this philosophy represents a global form of thought suppression. If a situation is bad, it is bad. Pretending otherwise does not help. The energy spent suppressing the negative emotions could be better spent solving the problem. Positive thinking was the one biggest factor in precipitating my burnout. My approach was that of being fearless and “bring it on.” It worked until it didn’t.

A simple but elegant experiment conducted in regard to suppressing negative thoughts published in 1987 showed that suppressing thoughts is not only ineffective but there is a trampoline effect and you experience them a lot more. I think it may be one of the most key concepts relevant to human’s mental health. Allow yourself to feel and embrace what is right in front of you.