This letter was sent to me by a woman that I have corresponded with a few times but I have never met or worked with. One of most powerful aspects of the DOC process is that is simply a structure that presents well-established documented treatments. Once a person understands the nature of chronic pain and the principles behind the solution, he or she will figure out a way to heal. Effective approaches for treating chronic pain have a common theme. The patient feels safe. This state of being creates profound shifts in the nervous system and body’s chemical makeup. Her story illustrates several important points. 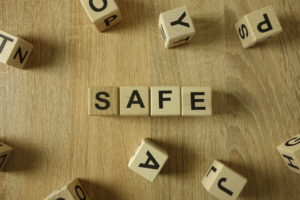 Here is her letter.

I’m really grateful to have a substantial, extended break from my relentless routine of the last few years. I am, finally, getting more than 5-6 hours of sleep…more like 7-8 every night. I do not have the physical demands of my job navigating a huge high school campus. I do not have the weekly organizational demands of coordinating work, shopping, laundry, family, household management, paying bills, home and car maintenance, concern for a parent living alone in another state, as well as concern for grown children and grandchildren…and on and on. Many of us experience the unrelenting demands of daily modern life and its effects can be exhausting.

Reflecting on my life back to my earliest remembered childhood, I realized that I do have the type of personality that wrestles with the double bind of being a perfectionist, people pleaser, fixer, peacemaker, problem solver, responsible “adult” (among other adults who readily relinquish responsibility). I have always set a very high bar for myself. Even the thought of failing sparked a cascade of anxiety and panic. As I child, I was repeatedly reminded that “a job worth doing is a job worth doing well.” Also, “Smile and the world smiles with you, weep and you weep alone,” along with “You’ll get more with honey than you get with vinegar” and “If you can’t say something nice, don’t say anything at all.” (many of those from my Irish Grandmother who drummed them into my mother….sincerely well meaning, who, in turn, reinforced those messages for me.)

Emotions will be expressed–either physically, mentally, or both

Thanks to Dr. Hanscom’s work, I can see relationships between chronic physical conditions such as (Irritable bowel Syndrome) IBS, fainting, panic attacks, acute anxiety… that plagued me throughout childhood and into adulthood, and the messages and beliefs I internalized that were also combined with my innate temperament and personality traits.

My dad suffered from clinical depression and my mother intellectualized her emotions, suppressed negative feelings, and managed the overflow with relentless activity. The more I reflect on the elements of my life and continue to do expressive writing, the more patterns and clues gradually emerge.

I had been diagnosed with “severe bone on bone osteoarthritis” in my left hip 10 months ago. I had such severe pain starting last May, that I had an ultrasound on my hip and then after seeing a series of doctors (having to wait 2-3 months between appts) had a hip xray which definitely showed the damage in my hip. I was told, by my Doctor, that the hip could send pain down the thigh to the knee but that pain below the knee was probably due to the L4L5 nerve compression that was revealed by my MRI. These diagnostic tests confirmed my condition was much worse than I had believed. After 16 weeks of various treatments and physical therapy I was advised to get a hip replacement. I was 61 and was really not keen on that idea and decided to wait a bit and see if it improved. By December, after doing stretches and mild strengthening exercises, my hip stopped hurting. It has been pain free for more than 4 months. I don’t think I miraculously grew new cartilage! It just does not hurt.

Pain from her brain

Now, fast forward to the past 3 weeks when, intermittently, I started to experience severe throbbing, aching, and burning pain in my left leg. The pain I was experiencing would migrate from the top of my left foot, hover around the ankle, sometimes jump to the side of the leg just below the knee….occasionally jump to the thigh and then zip back down to the ankle. The pain was a 10/10 and it woke me at night for hours. I was quite frustrated, angry really because I know that my foot, ankle and knee are fine. There is no structural damage or deterioration in those parts and I’ve had no prior issues. I completely committed to the belief that these symptoms were coming from somewhere in my brain that was generating pain due to some unconscious impulses to which I had no access with my rational prefrontal cortex.

I followed Dr. Hanscom’s prescription of expressive writing, reminding myself often that I am fine and safe, continuing to move, stretch, and maintain a mild exercise regimen, along with meditation. One night I woke with severe pain and my immediate impulse was to get up and take Aleve for the pain, but instead, I practiced breathing, relaxation, and focused attention instead, on the right leg which was completely pain free. Within 15 minutes the pain began to decrease and I was able to doze off. When I woke I was pain free. The following day the pain returned….I repeated the same routine and continued the writing. by the fifth day, I experienced no pain in the left leg. I found this experience very illuminating because the pain commands attention, but the more attention it gets, the greater the intensity.

This is a phenomenal insight and it allows a whole new way to frame this kind of migratory, fluctuating, recurring pain. I realized, as well, that I was repressing feelings of anger, frustration, overwhelm, and chronic stress over the need to excel constantly, without granting myself rest and reward time. I felt frustration and hopelessness as I had spent way too much time and effort in the past years pursuing various “therapies” without appreciable results. I would be encouraged by very temporary relief and then disappointed when symptoms soon returned and the cycle would repeat. 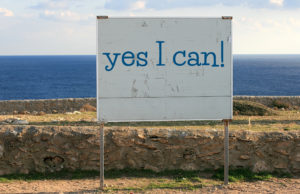 I now react to pain in my body without anxiety and fear but rather with understanding that I have, inadvertently, reinforced neural circuits for years by focusing on the pain. I can now practice responding rather than reacting when existing neural circuits are triggered. This has reduced my fear and anxiety from the sensation of pain. I am able to move my focus elsewhere, calm my nervous system with breathing or active meditation, and reduce my chemical stress response. This immediately reduces the pain sensation, sometimes eliminating it.

As I explore more of Dr. Hanscom’s website and began the DOC program, I feel empowered rather than vulnerable. I finally feel like I am regaining control over my outcomes and can work towards reclaiming my autonomy without depending on others to “fix me.” The result is I no longer feel resigned to pain. I am hopeful again.

I originally thought that an obvious source of pain, such as her severe hip arthritis, just had to be fixed. The research shows that there is little correlation between the severity of hip, knee, or shoulder arthritis and pain. (1) Often people with severe arthritis have no pain, and patients with a lot of pain have minimal or no arthritis. The pain was more correlated with stress. How can this be? Under threat, mental or physical, your body is full of hormones that fire up your nervous system, which increases nerve conduction. You will feel more pain. Pain is also a significant source of stress.

I have now seen over 100 patients who I felt needed spinal surgery because there nerves were pinched so tightly. They cancelled the operation when their pain resolved from structured rehab before surgery. I had few resources to help, so I helped them through the DOC process they implemented from the book and website. I also had some of them see excellent pain physicians that used a similar approach. My team was wonderful in providing skilled and compassionate guidance and support. It was mostly self-directed process. We became disciplined in following established medical recommendations to address all the factors that portend a poor outcomes for at least eight weeks prior to surgery and that is when patients began to cancel their operations. If surgery was performed, the outcomes were more predictably positive.

Before you make any elective surgical decisions to relieve pain, please take the time to understand chronic pain. A failed surgery of any kind can destroy your life.