Surgery on a normal neck??

Last week, I reviewed the films of a young girl who had been in a car accident and was suffering from chronic neck pain. Her attorney sent her to a spine surgeon, who wanted to perform a five-level fusion of her neck. Her MRI was COMPLETELY normal with minimal bulges and no pinched nerves. Additionally, even if there was disc degeneration or arthritis, these factors have been documented to NOT be a cause of neck pain. 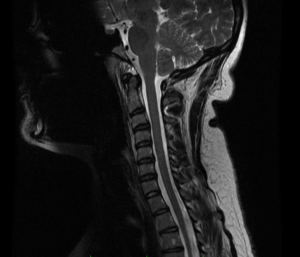 As a complex spine surgeon, I routinely saw patients with multiple failed surgeries with devastating effects on their lives. Most of the time when I reviewed the original imaging studies done prior to any surgery, there were no abnormalities other than normal changes you’d expect with ageing. Operating on a normal ageing spine can only be damaging, yet somehow the medical profession has held up surgery as a definitive solution regardless of the anatomy. It is only an answer if there is something structurally wrong.

I don’t know what will happen with her as I am only peripherally involved in her case. Nothing in our medical training says we should operate on a normal spine. Unfortunately, a five-level fusion is not only risky, but a significant amount of normal motion is lost, and there is a high chance that she will have neck problems indefinitely.

The decision of whether to undergo a spinal surgery is not as difficult as you might think. There are just two factors to consider that enter into the decision. One is the anatomy and the other is the state of your nervous system.

Is there a clearly identifiable source of your pain causing symptoms that correspond to it?  Or is it arising from irritation of tissues that cannot be seen on an imaging study?

The second factor is the state of your nervous system. If you are feeling stressed for more than three months, the body’s chemistry is on “high alert”, which affects every cell in your body, including the speed of your nerve conduction and inflammatory state of your brain. (1) You will not only experience more pain, your capacity to cope with it is compromised.

The other issue when you are feeling trapped is that your brain activity switches from the neocortex (thinking region) to the lower parts of the brain (survival). So, you cannot physiologically think clearly and by definition, your decision-making will be flawed. You are not going to be thinking about philosophy while you are running from the lion.

With these two variables of the anatomy and state of your nervous system, there are four scenarios to consider:

An overview of how this looks is presented in this grid:

The implications of this grid are important in making your decisions, and can be the basis of discussions regarding the role of surgery in your care. I quickly observed early in my practice that if a patient was not under a lot of stress (Type A) then outcomes were consistently positive if a structural problem (Type I) was solved. However, if that same person was in the midst of a major personal or professional crisis, then the results were less predictable. Surgery might have still been helpful but the other factors needed to be addressed.

Patients who don’t have a lot of extra stress and are experiencing pain without a positive imaging study (Type IIA) simply do not want or request surgery. Why? It is just pain that will resolve and it usually does.

The biggest problem we have in spine surgery is performing surgery on people who are stressed and the source of pain can’t be identified. Since mental and physical pain are processed in a similar area of the brain with the same chemical response of inflammation, adrenaline, histamines, and cortisol, the pain is often intense and people become desperate. First of all, surgery is never indicated without identifying the cause (Type II – non-structural). So the chances of success are already low, and then you add in the other factors that have been shown to adversely affect surgical outcomes (poor sleep, anxiety, depression, fear avoidance, poor physical conditioning, smoking, duration of pain, younger age). It is well-documented that there is a significant chance of patients getting worse.(2) It is surgery being aggressively performed in this group that is creating a lot of ongoing pain, suffering, and disability. Do not allow this to happen to you.

I was watching so many people experiencing catastrophic outcomes from surgery on normally ageing spines that I could not do it anymore. Additionally, I was witnessing hundreds of patients breaking out of chronic mental and physical pain with minimal resources and no risk. The factor that predicted success was a person’s willingness to learn and engage in the healing journey. The greatest block was patients feeling that something was being missed and that surgery was the only option.

You might be thinking to yourself that you had a back or neck fusion and it was successful. I also saw many of those patients. I think that is great and I am happy if worked for you. However, I also saw those people that were five to ten years out from a successful operation whose spines were breaking down around the fusion. These were often complex problems with limited options.

I wrote a book in 2019 that presented my decision-making over the last 15 years of my career. I am not against surgery at all if the problem is clearly identifiable and my patient’s condition was optimised before surgery. The research is clear on what should be done to accomplish this. Why would you not want to have your chances of success maximised? Do You Really Need Spine Surgery? Take Control with a Surgeon’s Advice provides the information you need in enough detail for you to make a better decision. 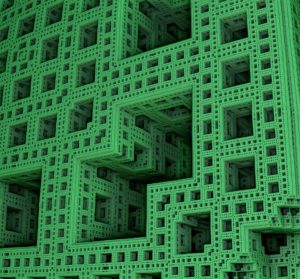 I also created two options for an action plan to optimise your condition prior to surgery. One was an app and the other a computer-based course. They are called, The DOC (Direct your Own Care) Journey. They provide a foundational knowledge base that you can build on and take control of your own care. Either one is the most effective by spending 15-20 minutes a day with them, as it requires repetition to learn the skills to regulate your body’s physiology.

Here is a link to the rest of my efforts that address a wide range of mental and physical disease states. It appears that most chronic diseases are caused by your body being exposed to sustained levels of stress chemicals and healing occurs in the presence of safety.

I need your help

The situation is getting much worse with bigger operations being performed with a higher complication rate. It should not be this way. It is the medical profession’s responsibility to listen, talk to you, and offer well-documented effective treatments. There is not one research paper in the last 60 years that has shown that a fusion works for back or neck pain compared to an organised rehab approach.

My efforts have helped many people individually, but the juggernaut of aggressive surgery is moving forward while non-operative resources are being eliminated. The only chance of slowing all of this down is from a grass roots effort. I am asking each of you to do what you can to share the message that chronic pain is solvable using research-based principles, which includes appropriate surgery. There is no data supporting spine surgery on normally ageing spines. Those of you suffering from failed spine surgery already know this all too well.