Awareness is essential to stimulating healing neuroplastic changes in your brain in that you cannot stimulate your brain to develop in a given direction unless you know where you are starting from. Awareness is both a tool and foundation for moving forward with every aspect of your life. Of the different kinds of awareness, ingrained attitudes and thought patterns are the most problematic. By definition, you cannot see them without actively seeking them out. 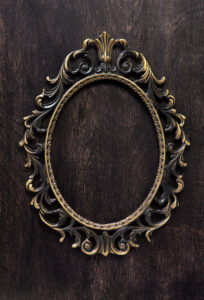 By definition, we are all programmed/ brainwashed by our past. Every action you take today is determined by your ENTIRE life experience up to this very second. Most living creatures are able to fend for themselves immediately or relatively quickly from birth. Humans are unique in that we have NO capacity to do so, and it takes many years to acquire even basic physical survival skills. Additionally, since we have a unique emotional life based on language, there is another layer of extremely complex learning that occurs throughout a lifetime. Each human being’s inner self has little in common with any other person.

David Eagleman, in his book, Livewired,1 succinctly points out how the human brain develops by interacting with other humans. If you are raised in a richly stimulating and nurturing environment your view of the world is much different than someone who was raised in a chaotic and threatening household. It is also the reason that childhood trauma has such an effect on your quality of life and health.2 A significant part of your brain development happens within the first few years of life.

As you continue to interpret your ongoing reality through this lens, it is reinforced. You’ll embrace confirmatory data and reject what is in conflict with it. The marketing term for this phenomenon is, “reactance”, and is the reason that facts don’t change people’s minds.3 Your life trajectory will be consistent with your outlook. If you have been programmed to constantly be on high alert, your whole body will be on guard even when you are actually safe. The severe consequences of early childhood trauma on your mental and physical health have been well-documented.2 However, you also have to understand that even in the best of households, there is still a lot going on. Although you may have a more functional life lens, you still cannot truly see the world through other’s eyes. Of course, there is the ongoing trauma of dealing with life’s inevitable challenges for everyone.

These attitudes and behaviors we develop over a lifetime of exposure to our circumstances are what I call ingrained patterns. What makes all of this more challenging is that our perceptions are embedded in our brains as concretely as of physical sensations and objects, such as a chair or table. I used to say that thoughts are real because they cause neurochemical responses in our bodies. But they are not reality. I was wrong.4

You cannot see these attitudes and behaviors because they are inherent to your identity or ego. This basic trait of human consciousness may be the greatest obstacle to people getting along. Although we are infinitely unique individuals, we don’t tolerate differences well. It is why we become so attached to our politics, religion, belief systems, etc. It is also the reason that humans treat each other so badly based on labels. One example, amongst an endless list, was how we locked up “communists” during the McCarthy era of the 1950’s and 1960’s. It is why so many minority groups are persecuted, but they also often treat each other badly.

We are hard-wired enough that we don’t recognize or “feel” these patterns; it’s just what we do. It’s behavior that sits under many layers of defenses and has to be “dug out” by each person – if you want to. Our family-influenced habits and actions are much more obvious to our spouses and immediate family than they are to us; we can only get in touch with them through counseling, seminars, psychotherapy, self-reflection, spousal feedback, etc. What you are not aware of can and will control you.

In addition to the ingrained patterns controlling your life, your body is constantly automatically picking up cues of threats in your subconscious mind. You don’t have to think about not walking in front of an oncoming car. You just don’t do it. It is similar for the emotional aspect of your nervous system. If a person or conversation reminds you of an unpleasant situation in the past, your autonomic nervous system sends out signals to increase your heart rate, blood pressure, respiratory rate, and level of alertness. This flight or fight response also fires up your immune system and inflammatory response. When this response is sustained, there is a high chance of becoming ill or developing a serious disease.

There is deep research measuring the deleterious effects of chronic stress transmitted throughout your body via the autonomic nervous system. It is the part of your nervous system that automatically monitors your body’s internal functions and continually sends out signals to adapt to the sensory input. One of the pioneers in this field, Dr. Steven Porges, has organized much of this knowledge in his dissertation called The Polyvagal Theory.5 There are various methods of measuring the state of your body’s reactivity and also ways of learning to calm it down. 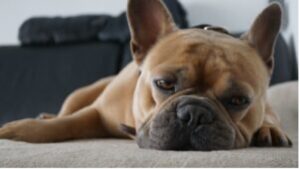 A humbling and enlightening day at Hyde

Hyde is a boarding high school that emphasizes character over academics and includes the whole family in a learning process. I didn’t realize the depth of my own ingrained patterns until one weekend while attending a weekend Hyde parent’s seminar.

My regional West Coast Hyde group had already worked me over about some of my own issues. I wasn’t in a great mood and decided to not contribute much to the group dynamic. As a result, I actually ended up listening. I watched one father trying to be a perfect Hyde seminar parent. He was a great, well-intentioned guy, but these very qualities were clearly blocking him from connecting with his son. I realized how often my idealism had a similar effect.

One of the exercises was to write a final letter to myself about my core values. I decided to open up my mind a little more and asked myself the question, “If I have done so much personal work, why am I still such a workaholic?” During the session, a story kept popping into my head from when I was a first-year orthopedic resident in Honolulu, Hawaii. About three months into my training, I overheard one of the other residents talking about admitting a patient with severe back pain who also had an anxiety disorder. I asked him, “What do you mean by anxiety disorder?” I had no idea what anxiety was; I had to look it up in a textbook.

Eventually, I developed a severe anxiety disorder. As I sat in the Hyde seminar, I couldn’t figure out how I could have gone through college, medical school, two years of internal medicine residency, and not have had a clue about the nature of anxiety. Obviously, I’d encountered many anxiety-provoking situations.

Suddenly a bomb went off in my head. Anxiety was all that I knew. I’d been raised in an abusive household, never knowing when my mother would explode. Fear was the basis for most of my behavior. My energy as a child was spent trying not to set my mother off and/or calming her down. Most of my energy in adulthood was spent in avoiding unpleasant emotions. I dealt with anger by disguising and suppressing it. My anxiety was held at bay by the power of anger and staying distracted, mostly by obsessive work patterns.

Think how different our world would be if humans understood the infinitely deep depth of differences that define each one of us. Yet somehow, we not only don’t embrace this concept, but we also actively try to change others into what we think we should be. Why? It is anxiety-producing to have your life views challenged.

Consider the atrocities committed throughout history as a consequence of this way of thinking. What if our focus was becoming as aware as possible of other’s views in contrast to ours, consider them, and continually work on finding common ground? World peace would actually be a possibility. It is ironic that we do completely the opposite with unspeakably severe consequences.

It is, by definition, impossible to recognize your own ingrained patterns without being open to outside input and having the desire to develop self-awareness. Usually, it takes some type of interaction with another person in an individual or group setting. Hyde was one example of a structured interaction that allowed me to realize my deeper patterns. The didactic aspect was critical, but my paradigm shift would not have occurred without the support of the people in that room.

You cannot see yourself the way others see you. You must first decide to learn more about these patterns from outside sources to understand their impact on you and others close to you. Life becomes infinitely more interesting when you choose awareness.