When I began to witness patients becoming pain free, I thought that it would happen only for patients with diffuse pain, such as neck or back pain. I felt that more focal symptoms like arm and leg pain would not respond as well. I was wrong. I now have many patients with pinched nerves from large bone spurs have their arm or leg pain resolve by calming down their nervous systems and re-routing their pain pathways. All of them were on the surgical schedule and cancelled their surgery because their pain disappeared.

Then I read an extensive review on the nociceptive pain system. (1) This is the part of the your nervous system that signals a given stimulus is uncomfortable and evasive action needs to be taken. What I learned is that your brain unconsciously keeps your behavior in a range to avoid injury and you feel pain when this threshold is exceeded. For example, your body continuously is shifting while you sit to avoid skin breakdown. Paralyzed patients lack this protective sensation and pressures sores are an ongoing concern.

It has also been demonstrated that the severity of pain in the presence of arthritis in the shoulder, hip and knee does not correlate with the severity of the joint destruction. In other words, people with complete loss of cartilage often have little pain and others with minimal arthritis will experience severe pain. The pain correlates almost perfectly with the level of stress.

It is important to understand that your brain has to unscramble all sensory input to assess its importance to your survival (not well-being). For example, your eyes have no inherent capacity to see. If you have a stroke of the back part of your brain, you will be blind in spite of having normally functioning eyes. It is called, “occipital blindness.” The same holds true for pain. You cannot feel pain without your brain interpreting the impulses as unpleasant. 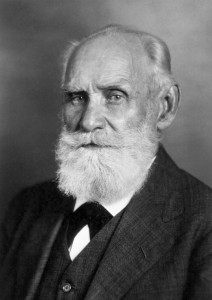 One experiment that demonstrates the power of reprogramming is the famous one by Ivan Pavlov, a Russian researcher. Pavlov showed how the brain can be trained, through repetition, to cause certain reactions in certain circumstances. His results corroborate the theories behind the Mind Body Syndrome.

Pavlov set up an experiment in which every interaction a dog had with food would involve the sound of a bell. Eventually just the bell sound would cause the dog to salivate, even without food. The sound became its own pleasurable experience.

One of his lesser-known experiments is one where he associated a dog’s interaction with food with an electric shock. With repetition, the dog would look foward to the shock.  “Within a few weeks the dog would actually wag its tail excitedly, salivate, and turn toward the food dish in response to the electricity. It was “paw dependent” in that if the same shock was applied to its other leg, the dog would react violently.”  (2)

Pain and the Brain

It is well documented that patients suffering from chronic pain experience a significant decrease in the actual size of their brain. It is unclear exactly why this occurs, but it is a consistent observation. It makes sense to me that if much of  your brain is stuck in the repetitive thought patterns associated with pain, then the parts of your brain that normally experience close friends, excellent wine, great food, new experiences, etc. are going to atrophy. It has also been shown that the phenomenon is reversible with active interventions such as reprogramming. Chronic pain sucks the life right out of you—including brain cells. Don’t let that process continue!

It appears to me that pain from any source can be re-rerouted. I can not predict who will respond or when. I am fascinated by the human body’s capacity to heal.  I am relentless and I encourage my patients to never give up on themselves.