The old saying, “Youth is wasted on the young,” is true—especially in my case. Many of the physical issues of my adulthood resulted from a perceived invincibility during my teenage years, combined with my refusal to heed adult advice. Protecting my ears was one of those cautions that I cavalierly ignored.

The destruction of my hearing

From the time I was fourteen years old until I was almost thirty, I worked as a carpenter and hod carrier. Every summer and most college vacations, you could find me building houses. The summer before medical school began, I built my parents’ home. Although I was involved in many aspects of construction, my most frequent task was framing and pouring concrete slabs, which entailed using a Skilsaw much of the day. I never gave a thought to decibel levels, even when I was using the tool close to my ears.

Fellow workers mentioned ear protection but I just did not see the need. To further punish my ears, I used a nail gun to shoot nails through two-by-four floor plates into concrete. I would load a 16-penny nail (3.5 inches long) into the gun, position it over the 2 by 4, and pull the trigger. To make matters worse, the sound was magnified when I often performed this work in basements. Still, the suggestion of using ear protection didn’t seem important. 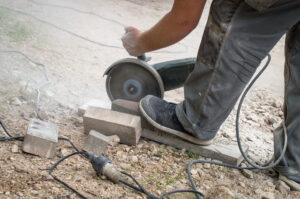 When I was about 32, I began to notice a strange sound in my ears, like a bell was ringing, all the time. It began during a time when I was recovering from a low back surgery that had gotten infected. I wasn’t sleeping well and my stress levels were extremely high.

At first I didn’t think much about the ringing—until I realized that it wasn’t going to stop. First I tried to ignore the ringing, which didn’t work. Every time I heard it, I became increasingly frustrated. My attempts to cope with it began to drive me slightly crazy. The problem grew larger and larger. One day I read about a former TV star who had committed suicide because of his tinnitus. This was not reassuring.

I saw several ear-nose-and-throat (ENT) physicians, whose exams revealed that I had suffered some hearing loss, which consisted of no longer being able to hear higher frequencies. When I asked about the ringing, they shrugged their shoulders and said it was nerve damage and nothing could be done about it. Approaches such as using “white noise” machines helped some, but I couldn’t carry them around. I did consider hearing aids, which can also be helpful.

Living with tinnitus, I learned that loud environments aggravated the condition, so I avoided cacophonous settings. Even eating in restaurants would exacerbate the sensation. Earplugs were helpful, but that tiresome, baseline ringing sound was relentless.

A few years ago, the tinnitus inexplicably ceased. Coincidentally, during that period I also resolved many of my neurophysiological disorder (NPD) symptoms. It wasn’t until I read Dr. Howard Schubiner’s list of NPD symptoms (Unlearn Your Pain) that I made the connection: the tinnitus was part of my NPD. Having treated it as such, the ringing resolved. But like other NPD symptoms, it can be set off by certain stimuli. The tinnitus will still return when I am in noisy environments, if I am sleep deprived, or if my stress-coping skills are especially challenged. But if I am careful, the ringing is minimal to non-existent. It has been an incredible relief to escape that endless, irritating sound. 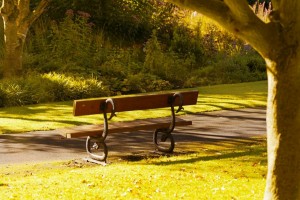 I do not know the exact connection between hearing loss and tinnitus, but I do know that they both are common and occur with aging. The hearing loss itself —my inability to hear high frequencies—is permanent. I have also lost the ability to separate sounds, such that I could not hear you well if you talked to me in a noisy restaurant. Today I regret the folly of my youth, knowing that much of my hearing disability was self-inflicted and could have been prevented.

Looking back at the time when I realized that the ringing in my ears had stopped, I see similarities to the discovery process my patients experience. They become free from chronic pain as their bodies’ stress chemicals dropped, their nerves became less sensitized, and their pain thresholds rose. Or, they could be using other neurological circuits.

Neurophysiologic disorder is a collection of many different symptoms. I wrote a website post listing sixteen of my NPD symptoms, all of which dramatically resolved as the levels of my stress chemicals and inflammatory markers decreased using the approaches presented in The DOC Journey. I also talked to a radio show host who inadvertently used NPD principles and found his tinnitus stopped. Embracing Adversity – Tinnitus. I have not done a formal study, but I have witnessed an increasing number of people resolve their tinnitus as they have learned to regulate their body’s physiological state from threat to safety.

Tinnitus is more than annoying and gradually wears you down. I would encourage you to learn the methods that enable you to regulate your body’s chemistry to a more favorable profile. You may not have to live with it.