Marsha was a 36 year-old businesswoman with two young children. She was referred to me by another patient and came to see me from the east coast. She had a spontaneous onset of back pain about eight years ago. Everything possible had been tried, but she continued to spiral downward with increasing pain.

In 2005, Marsha had an MRI scan done that showed some mild degeneration of the discs in her lower back. These were normal for her age. A surgeon recommended she undergo two artificial discs at L3-4 and L4-5. They did not help her pain; in fact, she got worse. The discs buckled, and a year later they were removed at another hospital on the west coast. During this operation, surgeons went back in through her abdomen to remove these artificial discs. In this operation, the major blood vessels are attached to the discs. It is a very difficult procedure, and during the operation, her major vein, the vena cava, was torn. Her ureter (the tube from the kidneys to the bladder) was also torn. Both were repaired, but she was left with residual swelling of her feet due to the partial disruption of the vena cava. A year later, she had L5-S1 fused for ongoing low back pain. When she saw me, she still had ongoing low back pain, thoracic pain, and neck pain. Two other spine surgeons had recommended that she undergo a two-level fusion in her neck. The MRI of her neck was normal for her age, showing just some mild degeneration.

She desperately wanted to go back to work. Her husband was threatening to leave her. She was on drugs to wean her off narcotics but was having a difficult time. She was extremely motivated to get better, but she was also completely trapped by her pain and lacked a plan to solve her pain problem.

None of her surgeries were helpful or necessary. Yet the spine world was offering her only more surgery. I do not know the end of this story. I spent a couple of extra hours with her explaining the DOC protocol in detail. She did not want to engage in any of the concepts and continued to spiral downward.

It is upsetting to me that she has the three-level fusion in her lower back and residual swelling in her feet. If she had been able to engage in the structured rehab before any surgery, her potential would have allowed her to completely come back to normal. Now, she will have some permanent structural limitations.

I am writing this about two years after our visit.  I never heard another word from her.  There is a high probability that she went on to another operation.  The mindset that “surgery is the only solution” becomes its own irrational circuit.  I have found out that the longer I try to talk someone like this out of surgery, the less productive it becomes for both of us.  Often, the patient becomes extremely agitated and sometimes will progress rapidly into a rage. You cannot solve irrational anxieties by rational means. 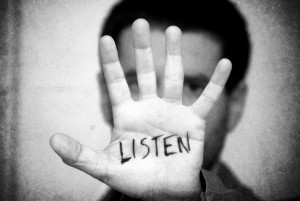 I am a surgeon trying to talk you out of surgery

I am a spine surgeon who is paid extremely well to do surgery, but I’m trying my best to talk you out of surgery. If that isn’t even the slightest bit persuasive, you need to look very closely at your decision-making process. Right now, trying to break through this barrier is my biggest challenge.