It’s Donna, a former patient. I just wanted to write and tell you some good news regarding my back situation. You were right about forgiveness as well as the emotional aspects of back pain–at least in my case.

After following the physiological recommendations and taking the various classes you suggested, I read your book and began my own journey of forgiveness with the help of my church.

I continued to get stronger and feel better as I progressed through the various stages. However, the nerve pain continued to remain. It would crop up for no apparent reason and take me out. The final step to my healing process was a worship night at my church and prayers of healing. I was able to release all the guilt and shame I had been holding onto unbeknownst to me. I had received prayers, love and unconditional acceptance in return from the prayer team.

With all that said, the bottom line is, I am out of pain!! It has attempted to return but I am able to pray it away and remind myself of the healing that took place and it goes away. There is a huge element of emotional healing involved, as you have stated. I thought you might be interested in hearing another success story.

Thank you again for all of your insight, wisdom and help! It is truly amazing to wake up pain free!

Imagine getting a letter like this from a patient you had worked with for a couple of years and then lost touch with after she moved away. Her success story is enough to write about in and of itself; but her case also changed the way I think about chronic pain.

Donna was an extremely pleasant, positive, and physically fit aerobics instructor and single mother of three teenagers. She came to me for a second opinion regarding a proposed spine fusion. It was going to be her sixth spine operation in seven years. She began to experience lower back pain (LBP) around the year 2000, without any obvious inciting event.

Before coming to see me, she had undergone the following procedures:

2007    Neurostimulator placed into spine (two trials placed), which helped for about a year

When she first came to see me in 2009, Donna was unable to work because of the following condition:

Because her condition was stable, and because there is little if any correlation between degenerative disc disease and back pain, I recommended no more surgery for her. As bad as her L3-4 disc looked, I did not feel it was the source of her pain. Besides, if L3-4 was fused, there was a strong chance she would not improve—L2-3 could break down quickly; and over five or ten years she might need a fusion up to her thoracic spine. With a fusion that high, you can no longer twist; and Donna was, after all, an aerobics instructor, and needed that flexibility. 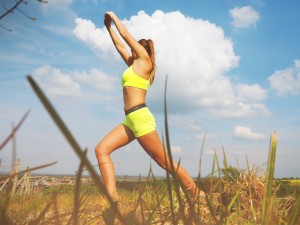 Instead, I suggested that Donna apply the treatment outlined in the DOC process, and I referred her to a non-operative physician to help her along. She took my advice and aggressively pursued every part of the DOC program. She addressed sleep and stress, avoided pain medications, attended wellness classes, and resumed workouts at the gym. She consciously chose to move forward with her life in spite of her pain.

But she did not improve very much. I don’t think I’ve ever seen a patient work so hard at getting better with so little improvement. Because of her spine pathology, I still questioned whether I should offer her more surgery; but by that time she had decided to recover without any more surgical procedures. After a couple of years she moved to another state, and we lost touch.

Then, a couple of years later, around 2011, her letter came. At the time I was surprised at her degree of pain relief. But today I have seen this level of recovery occur consistently in many patients who fully engage the DOC process. In my experience, the most consistent predictor of success has been truly letting go of anger, including that caused by the chronic pain experience. True forgiveness is not just an intellectual exercise. While I have seen many patients improve before they let all the anger go, none become pain-free until they cross that line.  I call it the “Continental Divide” of chronic pain.  Remember, although you have legitimate and understandable reasons for your frustrations, your anger will still hurt you.

Today and what I have learned

Today I am more aware of the mind-body connection than I was when I first saw Donna eight years ago. I now regard emotional pain and physical pain as equivalent, in that they are processed in a similar part of the brain and with the same chemical responses. It appears that anxiety is the pain. As anxiety-produced adrenaline drops, nerve conduction slows down, and you feel less physical pain. Knowing this today, I can understand outcomes for patients like Donna, who became pain-free without additional surgery, even with her significant spine pathology. Her case also taught me:

The final stage of the DOC process is “Expanding Your Consciousness.” The ultimate solution for solving pain is regaining your life perspective, regardless of the form it takes. 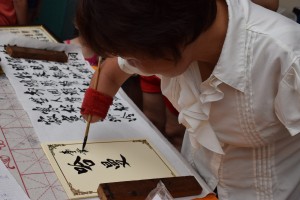